First things to do if you win the lottery 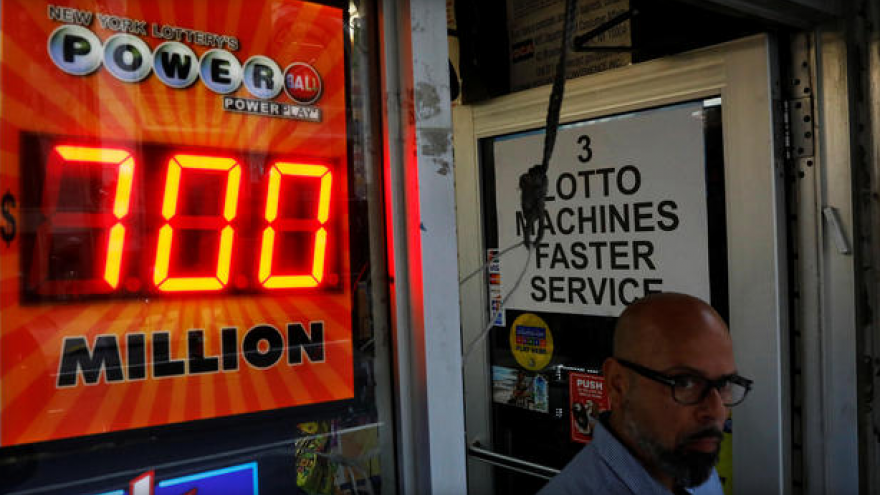 (CBSNews) Congratulations to the holder of the lone winning ticket in Wednesday night's $758 million Powerball Lottery drawing --  the largest jackpot won by a single ticket in North American lottery history. You beat the odds of winning -- 292.2 million to one -- and you did so from Chicopee, Massachusetts, no less.

As a longtime financial adviser, here's my best advice for you: Wait to claim the prize, safeguard the ticket, and get advice, lots of it, before you make a move.

There's nothing to gain from publicly claiming a large financial prize. If you've ever made even a casual promise to give money to anyone, your sudden wealth is going to be bring a lot of unwanted relatives and "friends" beating a path to your door.

If you don't deliver on a "promise," you may find yourself defending yourself against a lawsuit claiming breach of a verbal agreement or contract. It's better to keep your lips zipped about your generous intentions and surprise family and friends with generosity than to become the recipient of hostility because your expressions were taken more seriously than you intended.

If you have the winning lottery ticket, and have verified it contains the winning numbers, the first thing to do is to make a copy of the ticket and put the original in a safe, secure location, such as a safe deposit box at a bank. Remember, it's a bearer instrument -- the holder of it is the one who claims the prize. Losing it is like losing cash.

Lottery tickets purchased from the Massachusetts State Lottery expire after 12 months from the date of the drawing – this should be stated on the back of the ticket. Immediately after you put the original ticket in a safe place, check with the state's lottery commission to verify how long a winner can claim a prize. Take a few weeks, or even months, to assemble a team of trust-worthy advisers -- at least an attorney, a tax adviser and a financial adviser -- to help you decide how to claim your winnings.

Retain an attorney who can represent you and keep your identity as private as possible. Only an attorney can provide the attorney-client privilege. A trustworthy and skillful attorney will help you establish the authenticity of your claim while ensuring your identity is not released to the public. The attorney should give you advice about setting up a legal entity, such as a Limited Liability Company, or LLC, or a revocable trust. The purpose of this would be to transfer the ownership of the ticket into the LLC or trust, and minimize gift taxes (in the case of multiple people owning one ticket). This entity would eventually be used to claim and receive the proceeds of the prize. Your attorney can also help you decide how to claim the prize and represent your claim to the lottery officials.

Most lottery prizes can be paid out in either a one-time lump sum or in annual installments of 10 to 25 years. Basically, the choice is whether to take a cash lump sum or to receive smaller annual payments over an extended period. Either way, all payments received are taxed as ordinary income.

Most lottery winners are tempted and advised to claim their prize in a one-time lump sum. For many, that may be a mistake. Some winners are incorrectly advised that their survivors will get nothing or be forced to deal with estate tax problems if they choose installments. This is not true. Under lottery commission rules, survivors may request to cash out some or the entire remaining installment payments to pay any estate taxes due at the death of the winner and they can do this without penalty or additional cost.

When you take the lump sum, about 50 percent of the lump sum prize will be used up front to pay income taxes. You'll need tax advice as to how much tax you'll owe and when tax payments must be made.

Finally, you'll be tempted to make large purchases and invest with large amounts of money, and those investments will most likely be complicated, illiquid and risky. All of this is risky business and most lottery winners don't fare well when taking the lump sum. Many lotto winners who took the lump sum report going broke several years later

According to the Multi State Lottery, when the winner chooses to receive installments, the lottery commission will invest the entire cash lump sum amount, unreduced by income taxes. They request competitive bids from major financial institutions for a portfolio of bonds backed by the U.S government and U.S. government agencies. The bonds are purchased with maturity dates that coincide with the annual cash payments each year. The bonds are held in a trust account, which is secure from creditors, where a major bank or financial institution is the custodian. In each year that an amount of bonds comes due, the cash is paid over to the revenue or finance division of the state of the prizewinner, and the payment is sent to the individual.

In short, taking the installments is a low-risk financial strategy, the return is reasonable and the payments are protected from creditors, or from being stolen by a crooked adviser. The benefit of receiving installments is that if you blow the money paid to you from one year, hopefully you'll learn some lessons, and will have the remaining years of installments to live on. You could do a lot worse.