UPDATE: First streetcar on its way to Milwaukee from Pennsylvania factory 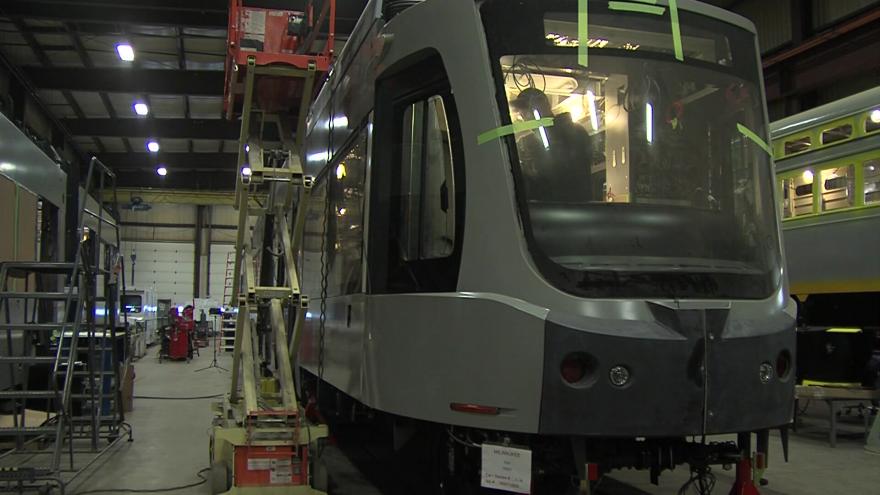 According to The Milwaukee Streetcar Facebook Page, a truck hauling the streetcar from Pennsylvania is expected to cross into Wisconsin near Beloit at about 9:00 a.m. Monday. It's expected to arrive in Milwaukee at about 11:30 a.m.

Anyone who wants to see the new streetcar in person can stop by St. Paul Ave. between 2nd and 4th Streets. You can watch from the north side of St. Paul.

MILWAUKEE (CBS 58) – The first streetcar is on its way to Milwaukee.

The city announced that the flatbed carrying the first car left the factory in Pennsylvania Friday, March 23. The car could arrive as early as Monday, depending on the weather.

It would be rolled off on Saint Paul Avenue between 2nd and 4th Streets forcing portions of those streets to close for a few hours.

On-street testing will begin next month.

The first public rides are expected in November.