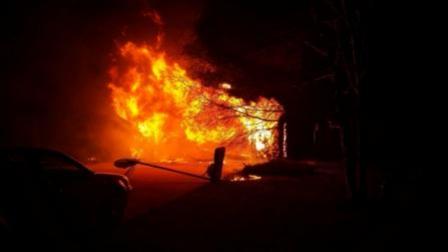 A Town of Sheboygan family that lost everything in a fire on the morning of Christmas Eve, is getting a helping hand from first responders this Christmas morning.

Around 5 a.m. on December 24, a fire was discovered in the garage of the family’s home on Woodland Road.  Soon the garage and 2-story home were fully involved.

Following the fire, first responders on the scene decided to buy gift cards and presents for the kids to replace those lost in the fire and brighten their holiday.  After learning about their donation, some local businesses joined in the effort as well.

The family is also being assisted by the Red Cross and Salvation Army.

The home and garage, assessed at more than $254,000, are considered a total loss.  The cause of the fire is under investigation.