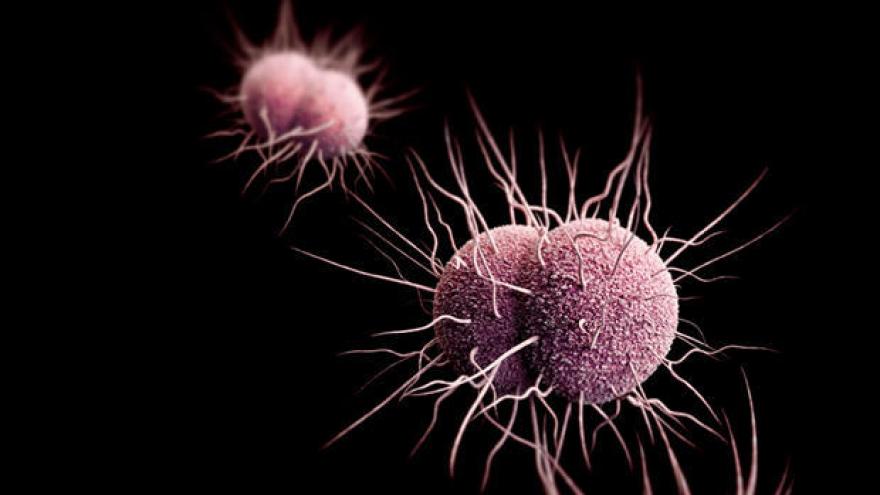 (CNN) Public Health England is investigating the case of a UK man infected with a multidrug-resistant form of gonorrhea.

The man attended sexual health services this year and was found to be infected with a form of the bacteria that is completely resistant to the first line of treatment used against it.

First-line treatment for gonorrhea is a combination of two antibiotics (azithromycin and ceftriaxone), and this is the first global report of an infection with high-level resistance to both drugs, according to Public Health England.

The man caught the sexually transmitted infection in Southeast Asia one month before his symptoms began, the case report states.

His infection is "is very resistant to the recommended first-line treatment," said Dr. Gwenda Hughes, consultant scientist and head of the sexually transmitted infection section at Public Health England. "This is the first time a case has displayed such high-level resistance to both of these drugs and to most other commonly used antibiotics."

The man is being treated intravenously with the antibiotic ertapenem, which appears to be effective for now, the report states, and he will be tested again in April.

"We are following up this case to ensure that the infection was effectively treated with other options and the risk of any onward transmission is minimized," Hughes said.

She stressed the importance of practicing safe sex to avoid such infections. "It is better to avoid getting or passing on gonorrhoea in the first place and everyone can significantly reduce their risk by using condoms consistently and correctly with all new and casual partners," she said in a statement.

Gonorrhea has been a growing concern for international health organizations as more cases have shown drug resistance.

"The bacteria that cause gonorrhea are particularly smart. Every time we use a new class of antibiotics to treat the infection, the bacteria evolve to resist them," Teodora Wi, a human reproduction specialist at the World Health Organization, said last year.

"This report is one more confirmation of our greatest fear: drug-resistant gonorrhea spreading around the globe," said David Harvey, executive director of the National Coalition of STD Directors. "Here in the US and around the globe, we have to take drug-resistant gonorrhea seriously in order to invest in finding new cures and preventing infections. Working together, funding must be radically increased to combat this and other life-threatening STDs."

Symptoms include a burning sensation when urinating and unusual discharge from the penis or vagina. Left untreated, the infection can cause serious health problems, including long-term abdominal pain and pelvic inflammatory disease, which could lead to ectopic pregnancy and infertility.

Milwaukee has the highest rate of gonorrhea in the United States