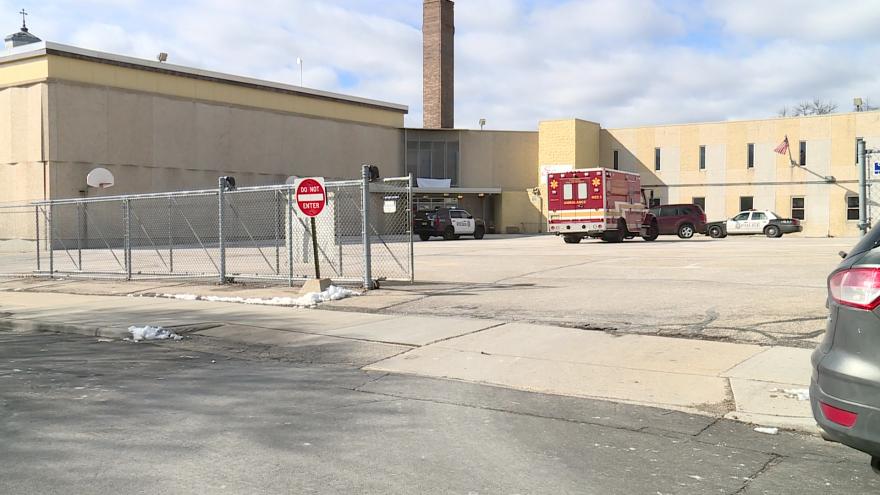 MILWAUKEE (CBS 58) -- St. Sebastian Catholic School sent a release Thursday afternoon that said an employee noticed smoke in the basement around 8:36 a.m. Thursday morning. 911 was called and the fire alarm was pulled to evacuate the building. The students went to Mount Olive Lutheran School across the street where they watched a movie while the school was cleared.

A light bulb in a reptile tank in a maintenance office began smoking and caused damage to the room.

As of Thursday afternoon, Milwaukee and Wauwatosa Fire Departments are testing to air quality and fumigating the building to get rid of the smoke.

Classes will resume on Monday, March 12.

MILWAUKEE (CBS 58) -- Parents of children that attend St. Sebastian Catholic School tell CBS 58 they have been told that school is cancelled for the rest of Thursday and all day Friday.

According to a message from the school, the damage from the fire was confined to one room in the basement. The building was filled with too much smoke and is currently unsafe so school has been cancelled as a precaution.

MILWAUKEE (CBS 58) -- Firefighters responded to a small private school in Milwaukee for a report of heavy smoke Thursday morning. The report came in just after 8:30 a.m. at the St. Sebastian Catholic School located near 55th and Washington.

A viewer told CBS 58 that there were numerous fire and police vehicles.

Milwaukee Fire Department tells CBS 58 that a fire started in a small reptile tank located in the basement of the building. As of 10 a.m. the building was being cleared of smoke.