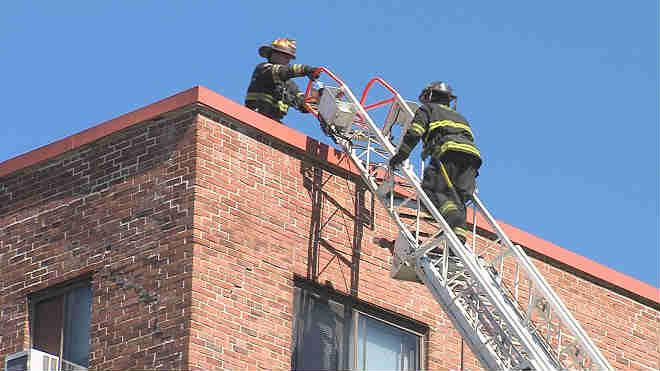 Firefighters from multiple departments battled a fire at an apartment/business building at 3553 N. Oakland Avenue Tuesday morning.  North Shore Fire got the call initially but called for help after realizing it was a four-story building.  The fire alarm in the building went off and most people evacuated on their own.  Some people were escorted out by fire crews.  No one was hurt.  The fire was quickly contained to a fourth floor apartment.

\"The crew made a really nice aggressive stop on the fourth floor in one of the apartments,\" North Shore Fire Chief Robert Whitaker said. \"Stopped it from getting into the attic space which would have been devastating in this building. The building was cleared of occupants.\"

Whitaker said the fire department was working with the building management company to get people back in the building.