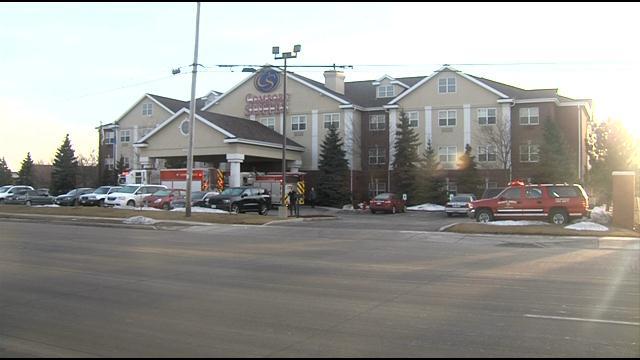 Business at a local hotel is back to normal after guests were evacuated because of a chlorine leak.

Battalion Chief Tom Jonson said a hotel maintenance worker smelled chlorine and noticed a vapor coming from the hotel pool area. When the employee opened the door to check it out, he realized how bad it was and called for help.

For safety reasons, firefighters knocked on guests' doors telling them they had to leave the building right away. One of those people was Linda Herrera from Pennington, Minnesota. She and her husband are in town for a trade show.

\"I started gathering some things up,\" she said. \"Whatever I could fit in my purse.\"

County busses were brought in to take the dozens of guests displaced to another nearby hotel. But Jonson said most stayed in their cars while authorities investigated.

Milwaukee's hazmat team also responded to the scene and found a chemical reaction did occur. Members quickly isolated and ccontainedthe chlorine leak, preventing what could have a been a dangerous situation.

\"The problem is it overcomes people very, very quick and as soon as you get one or two whiffs of it, it can incapacitate you, and then you're in that vapor cloud and oxygen is displaced,\" Jonson explained. \"It's very, very dangerous. So they did the right thing here, in this case, a very good job.\"

Authorities are working to determine what the chlorine mixed with inside the pool area to cause the chemical reaction.