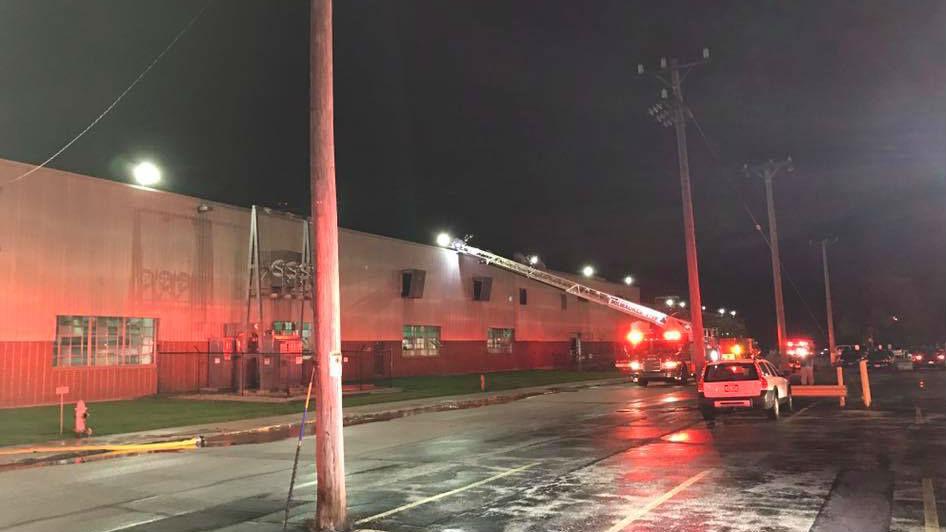 Wednesday evening at approximately 7:20 PM North Shore Dispatch received a 911 call from Strattec located at 3333 W Good Hope Rd in Glendale for a fire in a piece of machinery within the building.

First arriving fire crews found heavy smoke conditions throughout much of the manufacturing floor and upgraded the alarm to bring additional resources to the scene.

Strattec had their evacuation procedures in process and representatives from the company met with fire crews on their arrival. North Shore Fire/Rescue and Strattec have worked closely to develop operational plans for these types of incidents. According to fire officials, company representatives executed the plan perfectly which contributed to the fact that there were no injuries to any employees or first responders operating at the scene.

Due to the fact that certain processes within the structure react negatively with water, fire crews utilized alternative extinguishing methods, including resources from the Milwaukee Fire Department Hazardous Materials response team to fully extinguish the fire within their processing machinery.

After extinguishing the fire, Strattec personnel were allowed to reoccupy the building. The damage to the machinery is estimated at approximately $80,000.