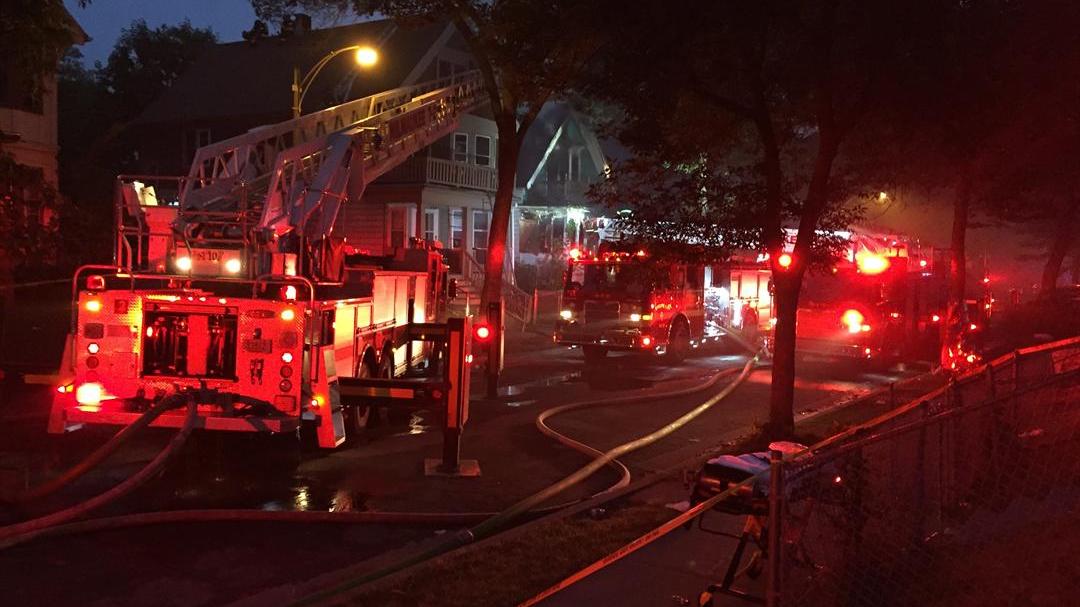 One house was destroyed and another heavily damaged by fire this morning on Milwaukee’s north side.  The Milwaukee Fire Department was called to the fire on N 33rd Street near W Hadley just after 5 AM.

According to MFD officials, the fire began in an abandoned house and then spread to the occupied duplex next door.    The residents of the duplex were asleep at the time of the fire, but according to officials were able to evacuate the building unharmed.

CBS 58’s Julie Parise talked with a man who said he was the property owner of the duplex.  He said that a family of four lives in the upper portion of the duplex and two people lived in the lower unit.  It is not clear how many people were in the duplex at the time of the fire.

Milwaukee Fire Department officials say the duplex is salvageable, but extensive  repairs will be needed before the families can move back in.  In the meantime, the American Red Cross is assisting those displaced by the fire.