Fire engulfs two buildings displacing around 20 on Milwaukee's south side 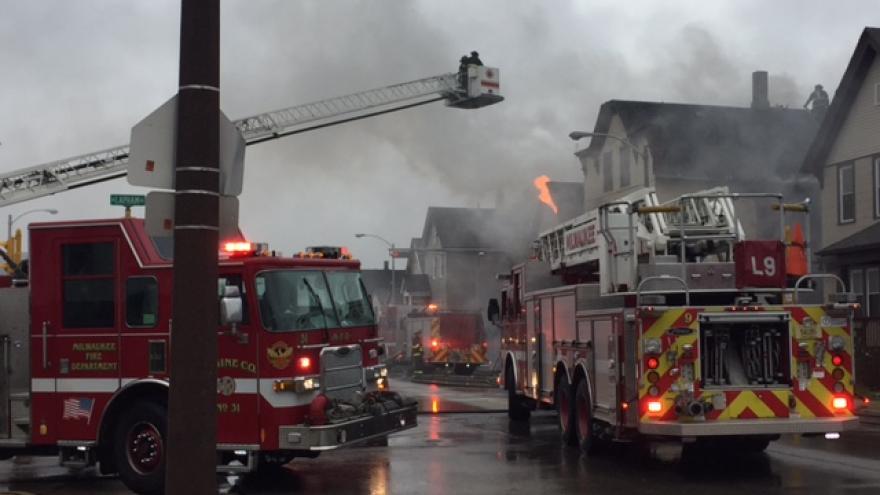 MILWAUKEE (CBS 58) -- The American Red Cross is helping around 20 people after a fire on Milwaukee's south side near Cesar Chavez Drive and Lapham Boulevard Sunday afternoon.

The scene was active for hours Sunday after the fire was first reported around 1:00 p.m. The Milwaukee Fire Department said the fire started in one multi-unit house and then spread to the building next door.

Two firefighters were hurt in the blaze. One was treated on scene and the other was taken on a stretcher to the hospital.