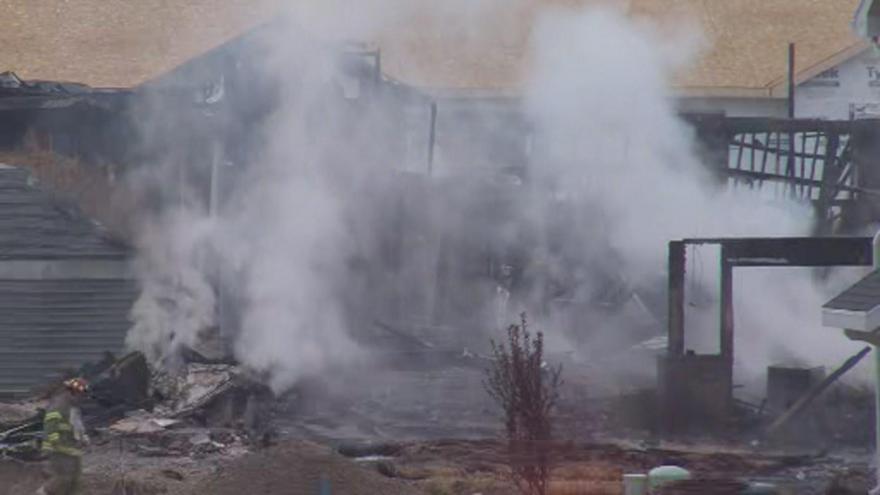 An early morning fire Thursday destroyed a 12 unit apartment building under construction on Phantom Lake Road in Mukwonago.   The fire was reported around 3:20 AM.   Mukwonago Police Officers were first on the scene and discovered flames coming through the roof of the building.   When Mukwonago firefighters they began fighting the fire defensively to prevent it from spreading to neighboring structures.

The burning building was one of four under construction, none of which was occupied.  The gas and electric had yet to be connected to the structure.

The building which caught fire is considered a total loss.  The two neighboring building received some fire damage to the siding.

The cause of the fire has not yet been determined.