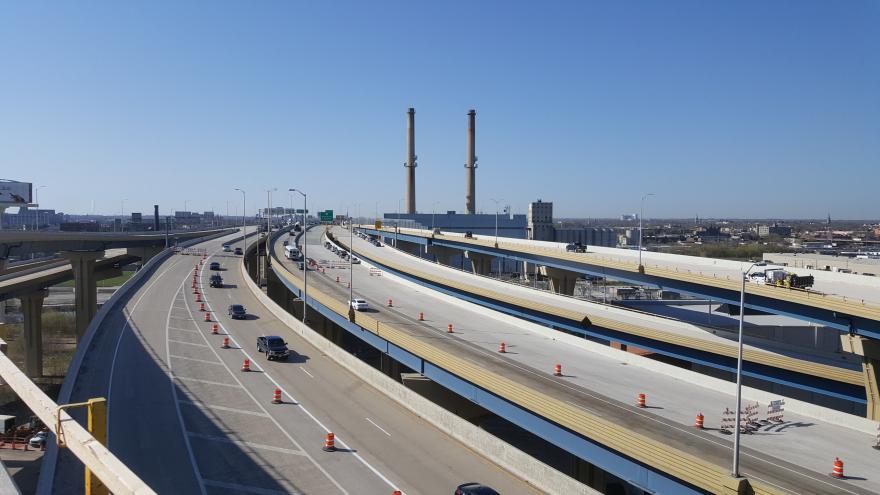 (MILWAUKEE, Wis.) After a closure of more than four-months the last of the Valley Bridge system ramps is set to reopen at the core of the Marquette Interchange this weekend.

By 8 a.m. the I-94 eastbound to I-43 southbound system ramp, which closed back in March, will reopen to traffic following a lengthy closure for new overlay work.

The Valley Bridge was initially constructed in 1967 and the concrete deck was replaced between 1988 and 1989. The decks were widened as part of the Marquette Interchange Project which was completed back in 2008. The southern portion of the bridge was overlaid in 2013. The current work will overlay the northern section at the junction of the Marquette Interchanges fly over ramps to complete the planned maintenance of the structure.

Be sure to follow @ABrovelli and watch the CBS 58 Morning News for the latest on the Marquette/ Valley Bridge Project and other construction projects throughout southeastern WI.