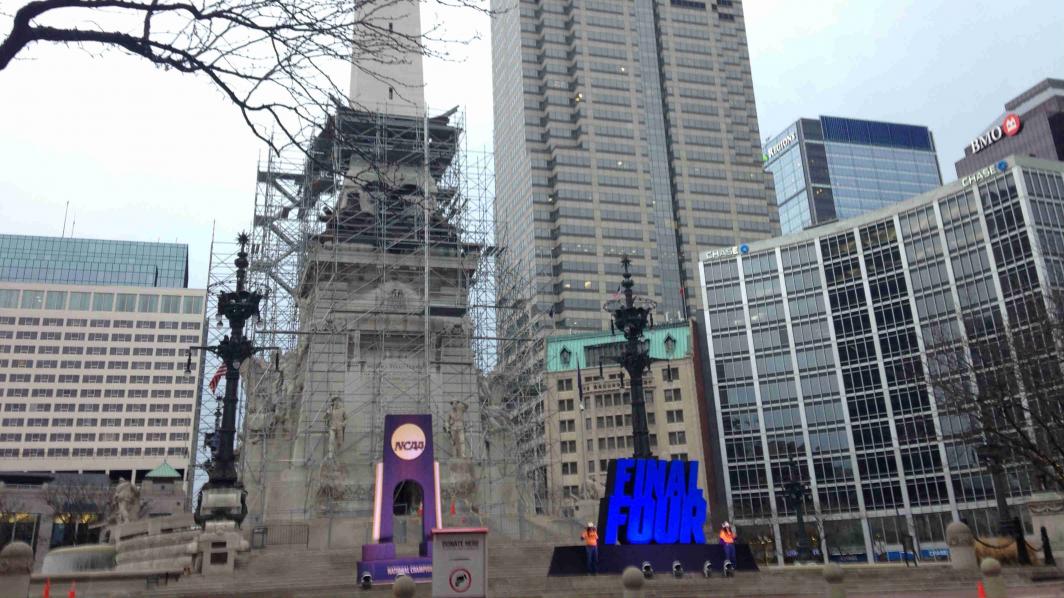 It's more or less a figure of speech.

But Badgers fans will appreciate the welcome they'll find across downtown Indianapolis as the city gears up for Final Four weekend.

\"We've hosted the Super Bowl, we do Indy 500's here year after year so we feel really good about the logistics and navigation,\" Greenlee said outside Lucas Oil Stadium.

Four nights after their win over Arizona in the Elite Eight, the Badgers basketball team navigated their way into the heart of Indy late Wednesday night, which had local Bucky supporters ready for tip off.

\"It's going to be electric,\" fan Kathy Farr said. \"You can just feel it in the air when you come down here.\"

But we're not to Saturday night just yet, which means plenty of waiting as fans journey in.

Crews are busy setting up the Fan Fest site at the nearby Convention Center and Georgia street. Fan Fest costs $10 to get in, but will feature games, pep rallies and autograph sessions.

\"You might pay a big ticket price for the tickets to actually go to the games but there's so many free events here in the city,\" Greenlee said.

Among those free events, Friday fans can check out open practice at Lucas Oil Stadium from noon until 4 p.m. The college all-star game follows.

Visit Indy projects the weekend will net nearly $71 million for the city. It's a weekend city leaders, businesses and the NCAA have spent five years planning.