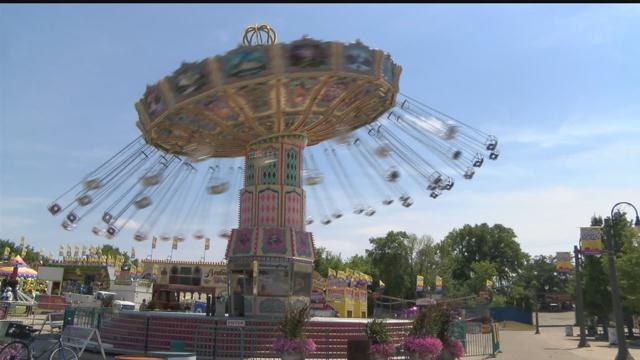 "This is my number one fair, it's Wisconsin, always has been, make the most money here," said one vendor hoping to make a pretty penny this year.

He might, especially with the amount of people expected through the gates over the fair's ten-day run.

"Over the course of the last three years, we've had over a million people, we would love to think that that would happen again," said Kathleen O'Leary, Executive Director for the Wisconsin State Fair.

As long as the weather is right, because the fair is weather dependent.

"And people have a tendency to think that it's rain that's really the nemesis. Quite frankly, it's heat," O'Leary added.

There are misting stations set up and running, and the pavilions are air conditioned.

"There's 20 acres of indoor facilities that you can duck in and out of, the heat and or rain, so don't change your plans," O'Leary said.

The gates open at 8 a.m. Thursday.