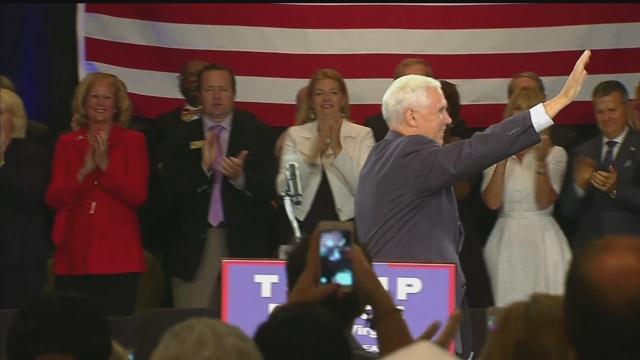 The Waukesha Republican party sent out an email with details. Its important to note that you'll have to pre-register for this event.

The event is set to start at 7 pm. Gov. Pence will be joined by other Republican representatives including Gov. Scott Walker.

The capacity of the expo center is a few thousand people and Waukesha county staff says they've filled it many times before during past presidential campaigns.

"Well we had Mitt Romney announce Paul Ryan coming on as his vice presidential candidate. We had John Edwards was here. And we had George Bush when he was president was here. And we had Barack Obama and Hillary Clinton here in 2008 prior to getting the nomination so we're very accustomed to having campaign stops from both parties come through here," expo center manager Teri Adlam said.