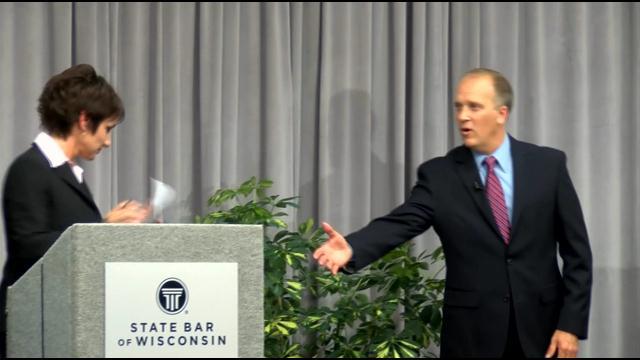 Their political ads are among the most negative in local politics.

Both candidates said the other ran false attacks.

\"I haven't really picked apart Brad's record,\" Democrat Susan Happ said. \"His campaign has been desperate to paint me from the very beginning soft on crime. Brad had the chance last Friday to look me in the eye and tell me I'm soft on crime and he didn't.\"

\"Miss Happ's allies have run a series of ads that have been demonstrably false,\" Republican Brad Schimel responded. \"In fact there have been a number of television stations that took the ads down when they received the word the ads were false.\"

This was the last debate between the two before election day, November 4th.