Fight for 15: Group Gathers for Protest Hours Before Democratic Debate 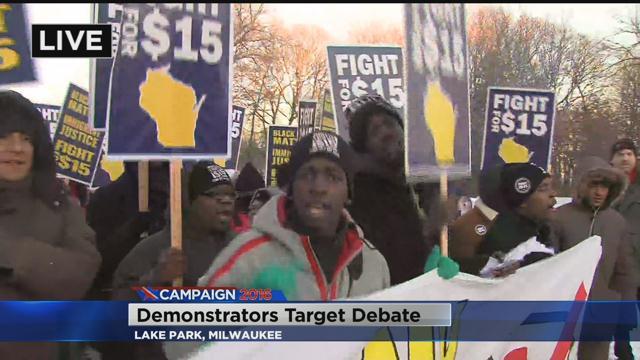 The group Fight for 15, who advocate for a 15 dollar minimum wage met at Lake Park Thursday night, hours before the Democratic Debate. They rallied with several speakers leading chants and then marched down to the road to UW Milwaukee, where the debate was being held. These protestors say an increase in minimum wage would help them better provide for themselves and their children. They were also supporting other issues, including immigrant rights and the Black Lives Matter Movement.