Fight ends in gunfire in the middle of historic Mitchell Street 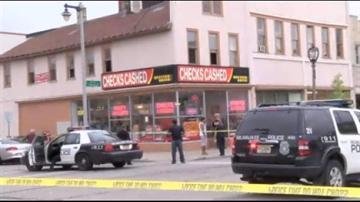 MILWAUKEE-Police say two men started fighting near 8th and Mitchell Friday afternoon and it ended in gunfire with one of the men critically injured.

Nearby shoppers were shocked that someone would pull out a gun in the middle of a busy street.

The location has no less than three schools nearby.

Police are encouraged that several solid witnesses came forward to give a suspect description.

They believe the gunman knew his victim.