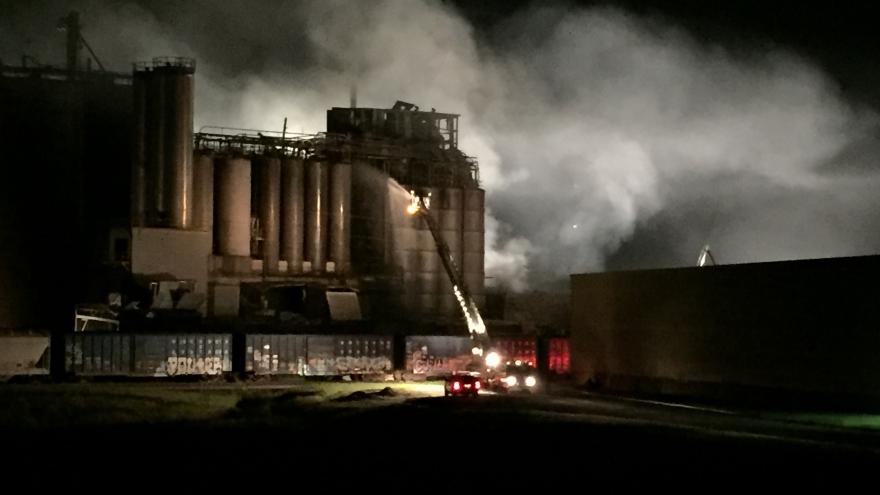 A fifth victim from the corn mill explosion at Didion Milling in Cambria has died. According to a statement from Didion Milling Carlos "Charly" Nunez died during injures sustained during the May 31 explosion.

Three people died during the explosion and a fourth died a few days later.

The exact cause of the explosion is still not known.

Here is the full statement from Didion Milling:

“It is with sadness and sympathy we report the peaceful passing of Carlos “Charly” Nunez due to injuries sustained in the May 31 incident at our milling operation in Cambria. He will be missed more than words can express. The family thanks the University of Wisconsin Burn Unit doctors and nurses for their tireless efforts and encourage others to support and recognize their efforts in this very important work. The family has asked for privacy and space to grieve their loss, and with the utmost compassion, we request others to respect their wishes. The Didion Milling family and the community send our heartfelt condolences to the family. We ask for your continued thoughts and prayers for the family and for Didion Milling as we build a stronger future together here at Didion.”