Female Police Officer Injured in Dallas Shooting is from Wisconsin 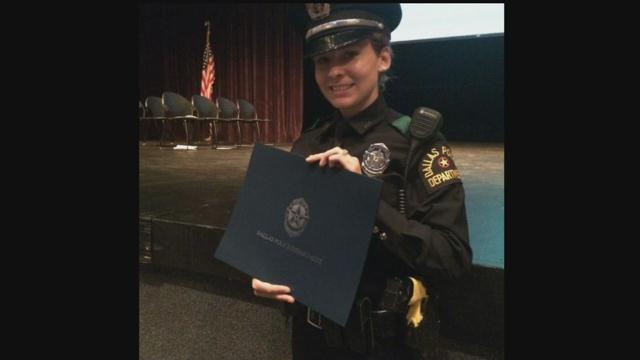 Gretchen Rocha, an officer injured in Dallas is from Fox Lake, Wisconsin. She moved to Texas with her husband about a year ago.

Rocha was not shot, but she was hit with shrapnel in her arm and leg.

Rocha was driving another officer to the hospital. She followed him into surgery, and one of the medical professionals noticed she was bleeding.

While Rocha has been released from the hospital, her mother says Rocha is dealing with some severe emotional wounds.

"They couldn't get paramedics in there because of all the chaos, and they thought it would be safer just to put them in the squads and get to the hospital," said Diane Bayer. "I guess he died right with her on the way."

Gretchen Rocha went to Madison College for law enforcement. Today the college tweeted about their connection.

We send our thoughts out to Office Rocha, her family and everyone involved in this attack. https://t.co/zM6sdc8tAM

“We are all so sorry to hear about the tragedy in Dallas. We learned that one of the officers injured in the incident was a Madison College graduate from our Criminal Justice program. Our thoughts and prayers go out to our former student Gretchen Rocha and her family," said Shawna Carter, Ed.D Dean at the School of Human & Protective Services for Madison College.

Rocha's childhood friend, Abigail Lane, has been sending her thoughts and prayers to Rocha.

Lane says Rocha has always been selfless. Lane was worried when she heard Rocha was injured, but when Lane heard about Rocha's actions during the chaos,  she says it is the Gretchen she remembers.

"Instead of taking care of herself, and even noticing that she had been hurt. She took on the responsibility of helping someone else... When you say the line of duty, duty calls, whether it's God telling her to do or her own personal fight to take care of others," said Lane.

Lane and Rocha spoke on Friday. Rocha assured Lane she is okay, and even going back to work the day after the shooting.