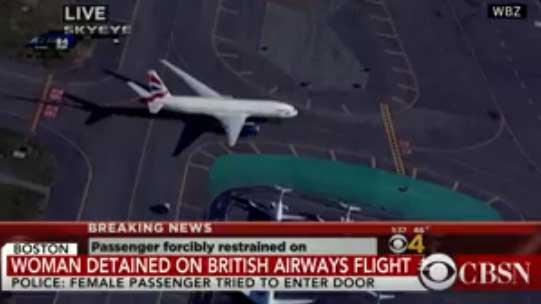 A woman was detained on a British Airways flight after she tried to enter the cockpit on Tuesday, according to CBS News.

The passenger was restrained and Boston Police are responding.