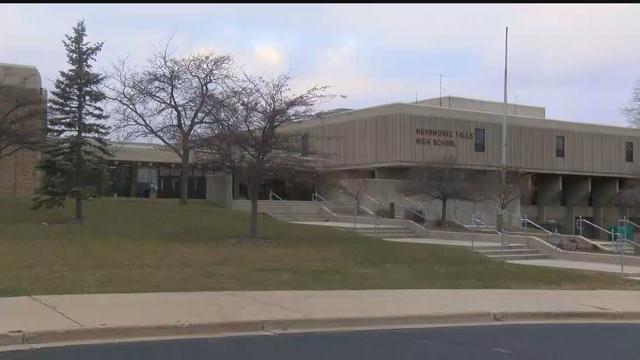 School District officials in Menomonee Falls are saying it was an isolated incident as they continue their investigation into a school staff member having an inappropriate relationship with a student.

Superintendent Patricia Greco said that she knows the district has broken the trust between educators in the community, but she's working hard to restore that trust.

Dr. Greco could not speak on much of the investigation because it still is ongoing.

She said that last week a faculty member had learned that another staff member was having some sort of inappropriate relationship with a student at Menomonee Falls High School and reported it to the district.

The staff member in question was placed on administrative leave and later resigned from the district.

Dr. Greco said at this point in the investigation they believe that this is an isolated incident. Only one student was involved.

On Friday extra support staff was on campus talking with students about the situation in a small group settings.

Menomonee Falls Police are also investigating this case. They declined to comment on the investigation at this time. They said they are in the final stages of preparing the report to send to the District Attorney's Office which will likely be filed next week.

While a lot of the details cannot be released at this time Dr. Greco says they are trying to be as transparent as possible.

"Our purpose here is to make sure that we are able to provide open communication with the public, but also protect the privacy until all of the filings and the District Attorney's Office is notified," said Dr. Greco.

Once everything has been filed with the District Attorney's Office we will then learn the name of the teacher involved. You can stay with CBS 58 for updates on this developing story.