Feingold is Hoping for a Rematch 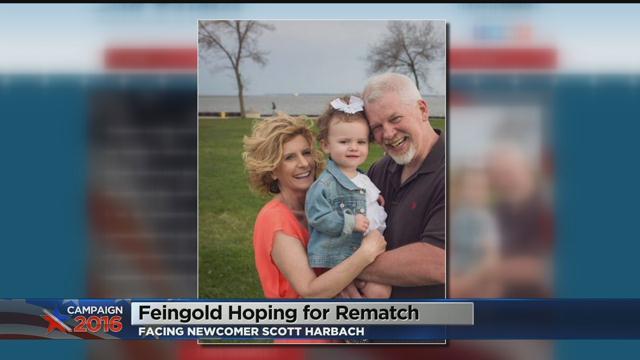 With a win tonight, former Senator Russ Feingold would try to reclaim his seat from Sen. Ron Johnson, who defeated him in 2010

Feingold is banking on a win in tonight's primary.

Harbach has never run for office and calls himself an independent Democrat and currently works as a private investigator.

Feingold, who has significantly more money and name recognition, is favored in the primary.

Pollsters seem to have called this primary as well. The most recent Marquette poll only considered a Feingold-Johnson matchup in November, with Feingold favored by seven points

Republican Senator Ron Johnson does not face a primary challenger-but will be holding a primary night rally tonight in Waukesha.