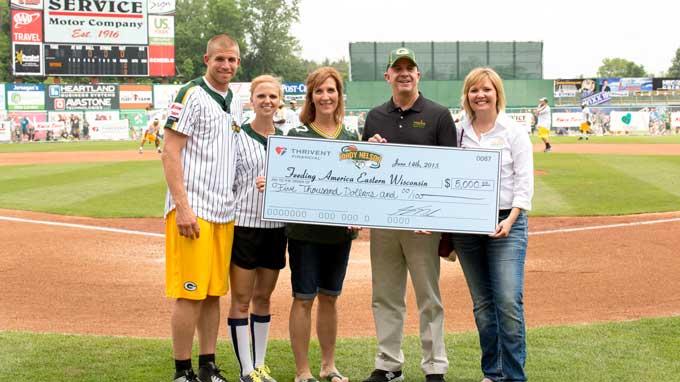 The organization received the check from Thrivent Financial after the Home Run Derby at the Jordy Nelson Charity Softball Game on Sunday, June 14, 2015 at Fox Cities Stadium.

“There are many hungry neighbors in the Fox Valley and Green Bay that are in need of food assistance. We're delighted that Jordy and Emily Nelson along with Thrivent Financial have stepped up to the plate to support hunger relief,” said Patti Habeck, Executive Vice President of Feeding America Eastern Wisconsin.

Funds raised from the Home Run Derby will be used to support hunger relief efforts in northeast Wisconsin where one in 9 people faces hunger. $5,000 will provide 15,000 nutritious meals for families this summer.