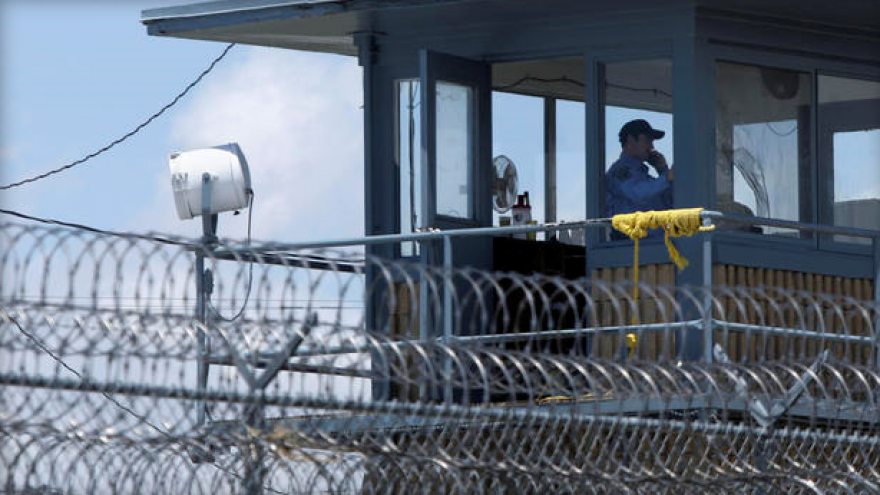 LITTLE ROCK, Ark. -- A federal judge on Saturday halted Arkansas’ unprecedented plan to execute seven inmates before the end of the month.

U.S. District Judge Kristine Baker granted a preliminary injunction requested by the inmates to block the executions. Arkansas was set to execute the first two inmates by lethal injection on Monday night. The state is expected to appeal the decision.

Gov. Asa Hutchinson, a Republican, had scheduled the executions to take place before the state’s supply of midazolam, one of its lethal injection drugs, expires at the end of the month. Arkansas hasn’t executed an inmate since 2005 because of drug shortages and legal challenges.

The federal injunction comes one day after an Arkansas judge blocked the use of the drug in the planned executions.

Arkansas hasn’t carried out a double execution since 1999. If carried out, the seven executions would be the most carried out by a state in such a short period of time since the U.S. Supreme Court reinstated the death penalty in 1976.

The inmates’ attorneys had challenges the compressed timetable and the state’s use of midazolam, which has been used in flawed executions in other states. The state’s attorneys have called the challenge an effort to delay the executions indefinitely and have said they don’t have a replacement identified for the drug if it expires.

The lawsuit is among a flurry of challenges the inmates have filed to halt the executions.

McKesson, one of medical supply company that accused Arkansas of misleadingly obtaining a lethal injection drug, on Saturday sought to drop its lawsuit.

The company said it wants to dismiss the lawsuit it had filed against the state over its use of vecuronium bromide sold by the company that was expected to be used in the upcoming executions. The company said a temporary restraining order issued by a Pulaski County judge preventing Arkansas from using the drug is no longer necessary now that a federal judge has halted the state’s executions, which were set to begin Monday.

The company has said it sold the drug to be used for medical purposes, not executions.

© 2017 CBS Interactive Inc. All Rights Reserved. This material may not be published, broadcast, rewritten, or redistributed. The Associated Press contributed to this report.
Share this article: