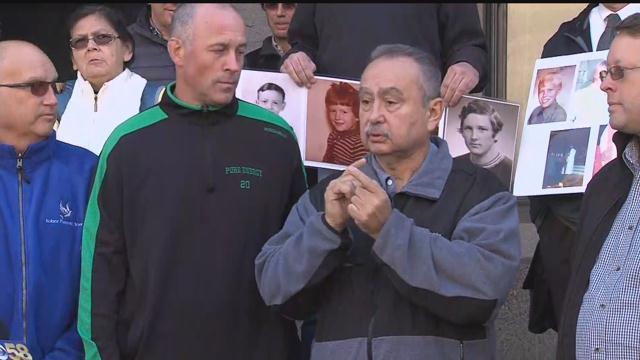 A federal bankruptcy judge in Milwaukee has approved a reorganization plan for the city's Roman Catholic Archdiocese.
The judge on the bench became a bit emotional almost in tears saying she did the best she could for victims of clergy abuse.
The bankruptcy case is now over.
The plan calls for $21 million to be paid to clergy abuse victims.
The money will be split among 355 people. Another class of 104 victims will get about $2,000 each.
"The criminal and immoral cases never should've happened, and as I said because of the courageous statements they've made, were a better church today than we were before," said Archbishop Listecki.
Right now, attorneys representing the victims and the Milwaukee archdiocese are working out the final language for the agreement in this bankruptcy case.
When everyone left for recess clergy abuse victims from St. John's School for the deaf approached Archbishop Jerome Listecki with a special request-- they've requested a meeting with the pope and they want the archbishop to join them.
"Today we tried to meet with the Archbishop, inside the federal courthouse, he looked at the statement said thank you and kept walking," said a victim to CBS 58.
The archdiocese filed for Chapter 11 Bankruptcy Protection in 2011 to address its sex abuse lawsuit liabilities.

"We remember those who have been harmed; keeping them in our prayers and supporting them and working diligently to ensure this can never happen again," Archbishop Listecki said. "We can't change the past, but what's important is that together we reached an agreement to bring this proceeding to a close."