MADISON Wis. (CBS 58) -- State and local governments are on track to collect $20 billion in federal pandemic relief aid, according to a new report which found that number is expected to climb even more.

The report by the Wisconsin Policy Forum calculated nearly $20 billion from the multiple rounds of federal COVID-19 relief aid to state and local governments over the course of the pandemic, which is more than double the amount handed to the state during the 2008 Great Recession.

The influx of aid has “transformed a really dour outlook a year ago into something much brighter,” said Jason Stein, research director for the Wisconsin Policy Forum.

With the federal funds, local governments will be able to do what they did before the COVID-19 pandemic, and maybe even use the money toward additional things to help their communities, Stein added.

The state will see the largest amount, $5.2 billion, with counties and municipalities receiving $2.4 billion under the most recent round of relief from the American Rescue Plan (ARP).

“This is historic, Congress has never sent money to every town, village, and cities in Wisconsin -- it’s never happened before,” said Jerry Deschane, executive director of the League of Wisconsin Municipalities.

Milwaukee County is poised to receive $106 million; the city of Milwaukee will get $405.7 million.

The ARP funds give the state and local governments more flexibility to fill revenue losses caused by the pandemic, a major difference from the CARES Act also passed by Congress.

Once those deficits are filled, this could leave room for investments in things such as aging buses and infrastructure, said Deschane.

“After you pay off your pandemic costs, your pandemic losses, then you can look around at opportunities, for example, sewer, water, broadband projects that you’ve really wanted to do but couldn’t do.” 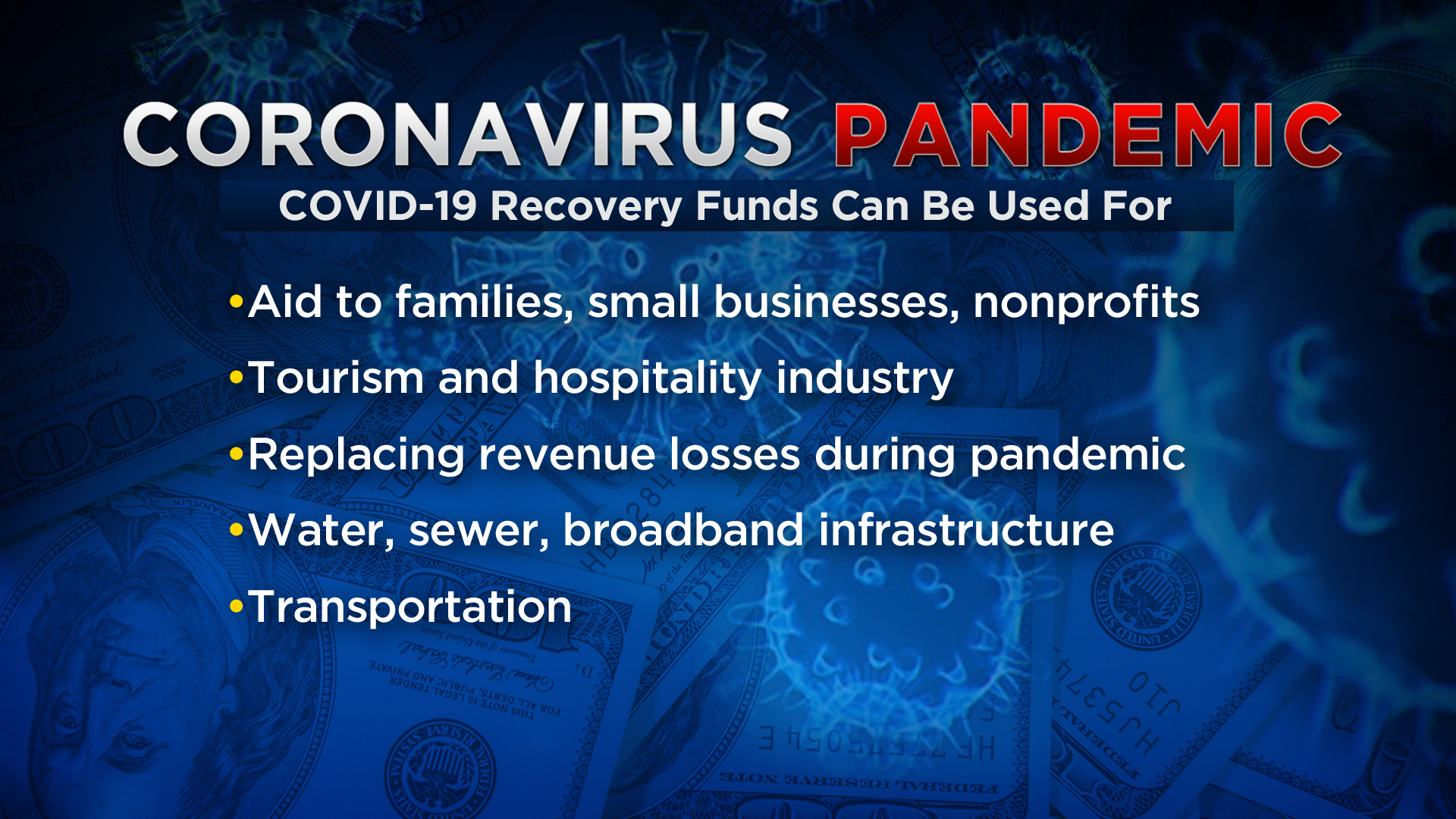 While the U.S. Treasury guidance has not been released yet on what’s lawful to spend this money on, they may allow certain tax decreases such as state adoption of federal tax code changes that would lead to lower tax collections, according to the report.

Governor Evers and GOP lawmakers have clashed over what to do with the state’s portion, 5.2 billion. Republicans are frustrated Evers can spend the money with their approval. This week Evers vetoed GOP bills that would have given them oversight on how to spend some of the relief aid. Regardless of political differences, the report warns officials to use the funds wisely to avoid future budget woes.

“For the next couple of years, they will be in good shape and they may have some troubles when the funding runs out, but for now at least they’re going to make it out alright,” said Stein.

Wisconsin could receive even more money from the federal government, $1 billion, if the state expanded the BadgerCare health care program. However, Republicans have long-opposed the idea.