Welcome to March and spring! Officially spring doesn't start until March 20 at 4:37 AM but the beginning of March is meteorological spring which is better for record keeping and more in line with temperature trends. By the end of March our average high is in the upper 40s and the average low is at freezing. March does see a decent amount of snow with 7" on average. 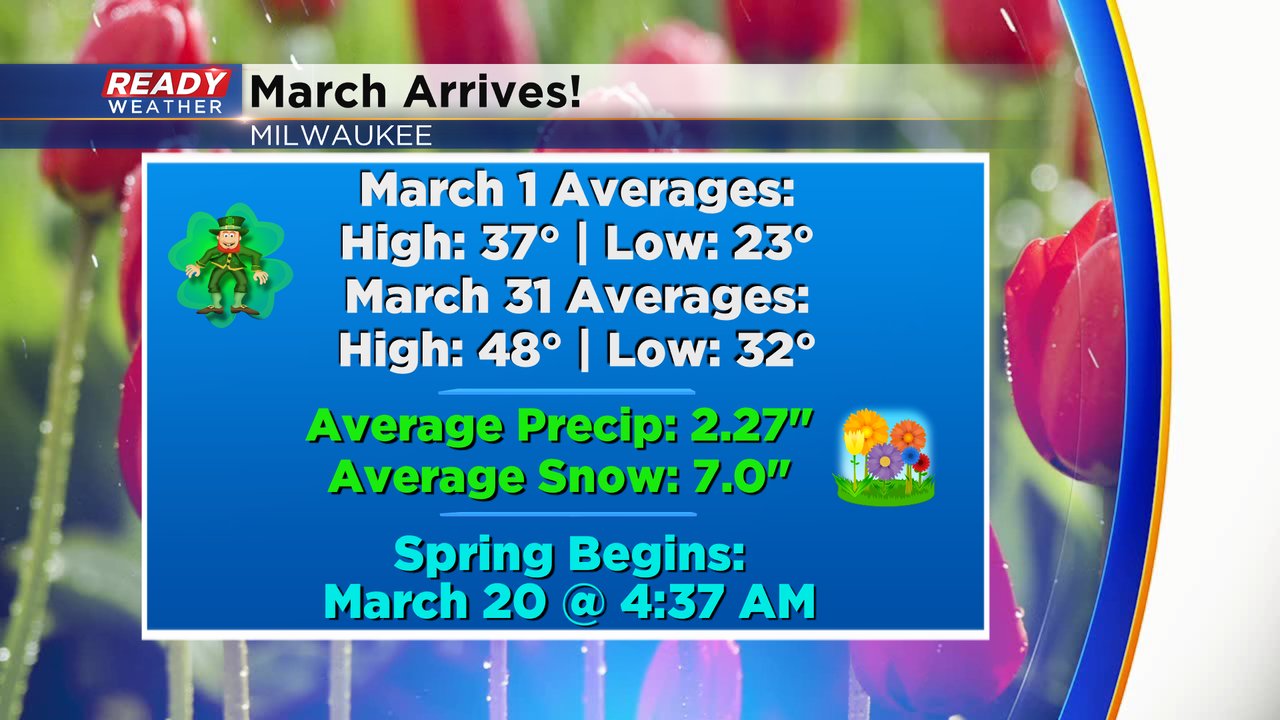 The beginning of March means February has ended and overall it was a snowy and cold month. 17.5" of snow officially fell in February making it tied for the 25th most snowy February on record and well above the average of 9.8". 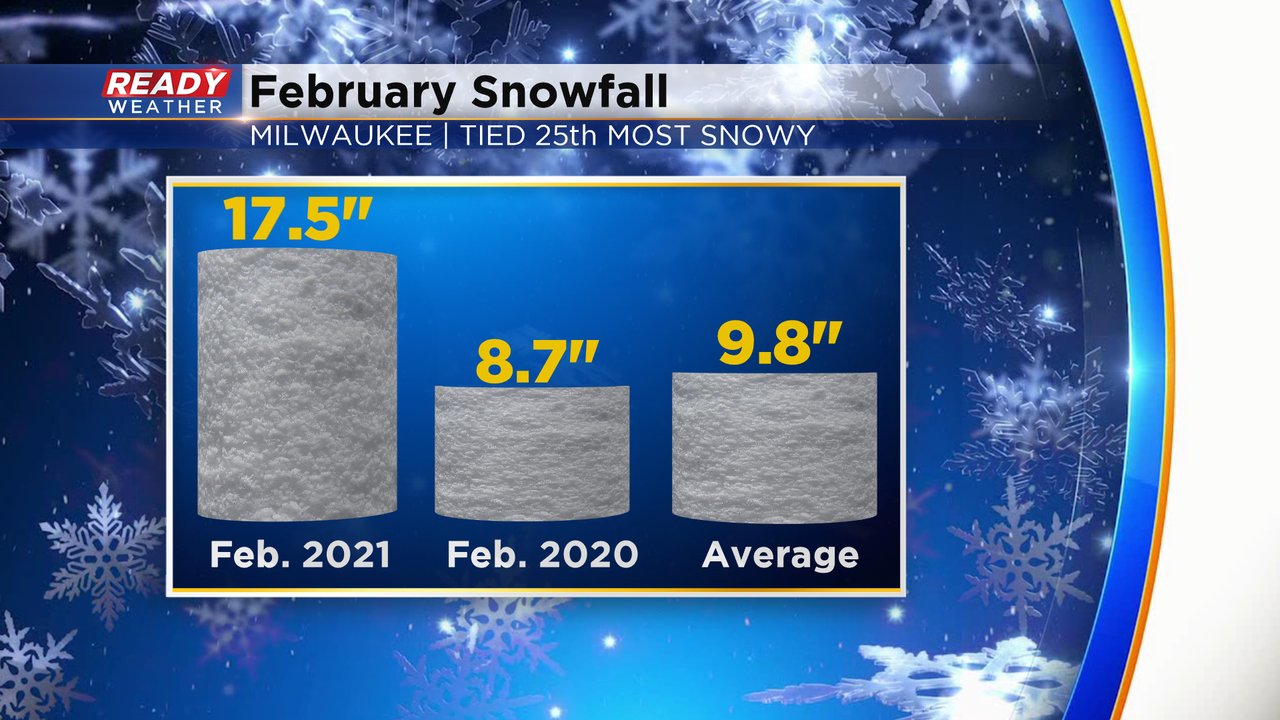 The first three weeks of February were chilly and downright cold. The coldest day was February 7th with a low of -7. The last week saw the return of mild air with a week straight of highs in the 40s. We didn't hit 50* in Milwaukee but the 23rd and 27th both hit 49*. When the month wrapped up it ended 6* below-average and was the 34th coldest February on record. 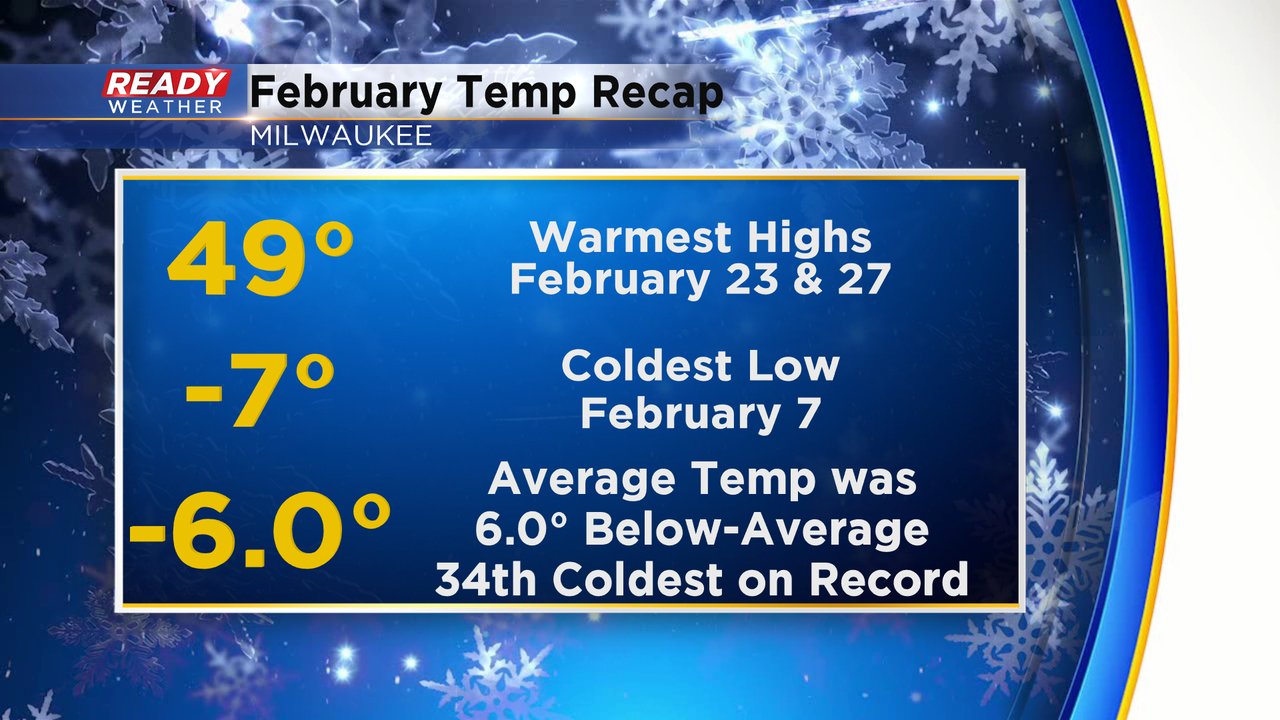 The end of February also means the end of meteorological winter which is defined as December, January and February. During those three months December didn't see much snow but January and February more than made up for that. Overall it ended almost a foot above average on snowfall and goes down as the 29th snowiest winter on record in Milwaukee. 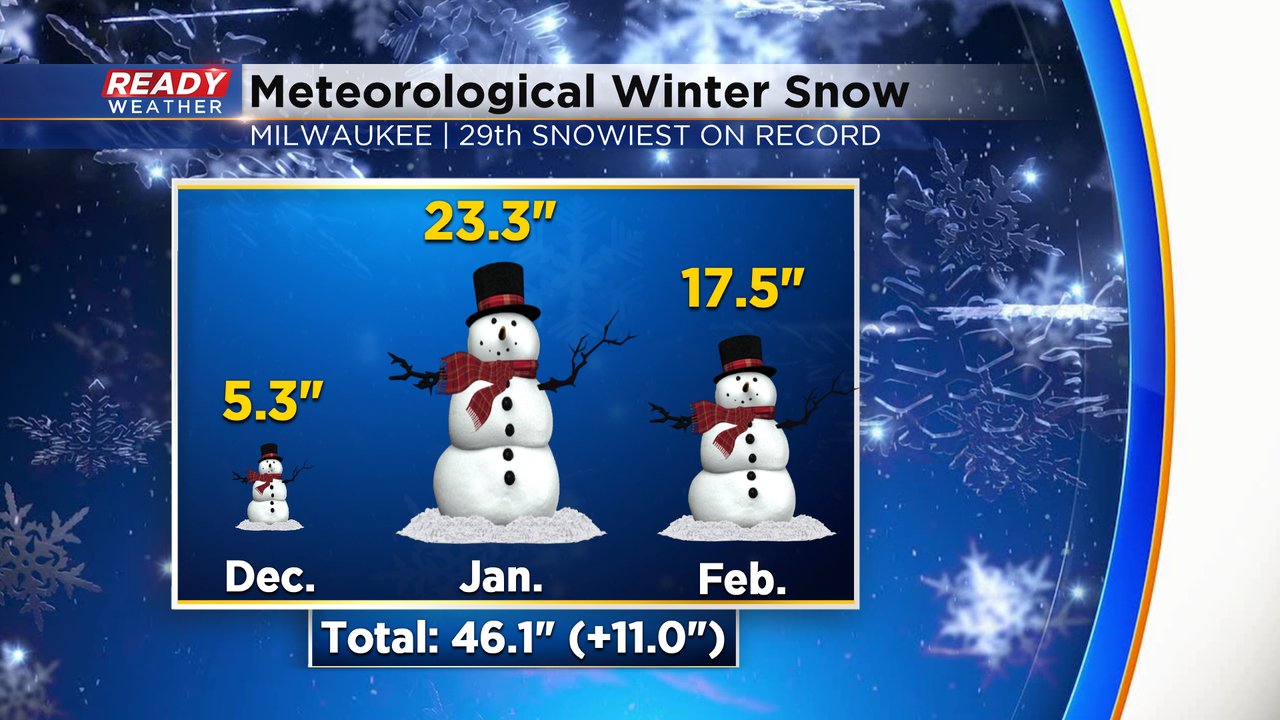 A similar trend was seen with temperatures. December and January were well above-average on temps but February was much colder. Overall it was the 30th warmest winter on record with an average temperature of 26.6*. 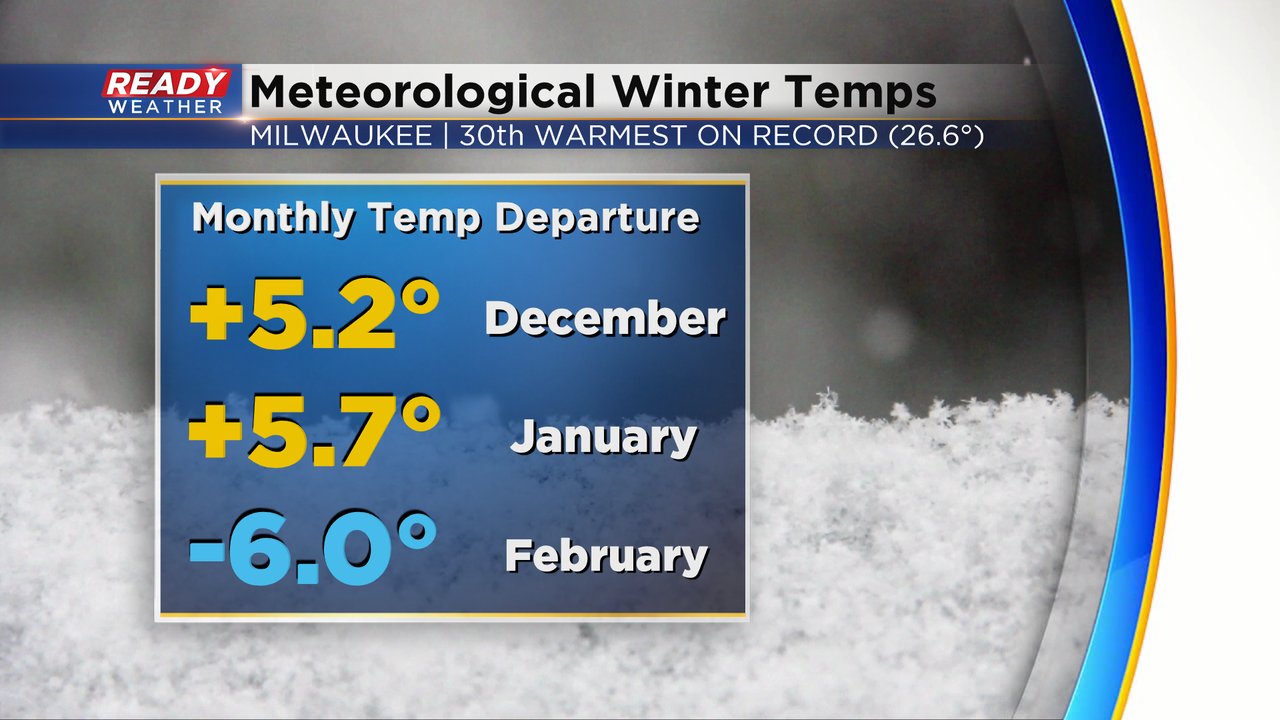 Download the CBS 58 Ready Weather app to see the forecast for the first week of March.