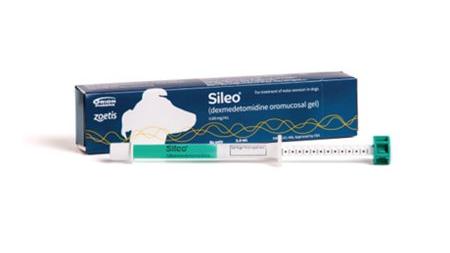 SAN FRANCISCO (CBS SF) — This Fourth of July holiday weekend, fireworks will be booming around the country, creating loud noises leave many pets trembling with anxiety.

However, there is a new drug that could help dogs during those intense moments.

Zoe the dog loves the outdoors. But loud noises like thunderstorms and especially fireworks make her extremely and anxious.

“Her tail immediately zooms between her legs. Her body starts shaking,” explained her owner, Arlene Lenok. “She starts to pace. Then she pants where the tongue is out.”

Zoe is among one-third of pets who suffer from what’s called noise aversion. Now the Food and Drug Administration has approved the first and only drug to help dogs with the problem.

“It’s not a tranquilizer, per se. It works on the nervous system to inhibit the release of adrenaline or nor-epinephrine,” said Yarnell.

Dogs with severe heart, breathing, liver or kidney problems should not take the drug.

“One thing I would recommend, if you dog has a serious noise aversion tendencies is probably to stay with the animal,” said Yarnell. “Do not leave them at home

Zoe’s owner Arlene is glad she has options. She plans to give Zoe the drug before the fireworks start this holiday.

Fireworks are a big trigger. Shelters say the July 4th holiday is one of their busiest times with so many spooked pets running away.