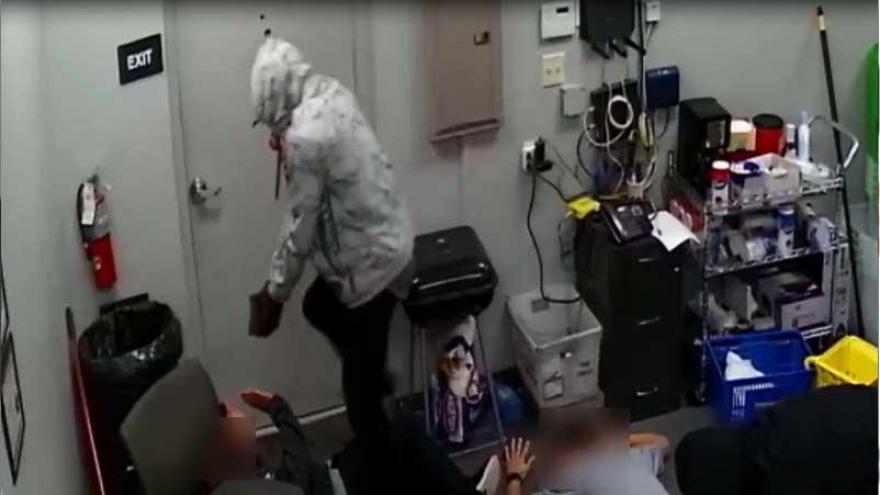 An armed robbery occurred at a Sprint store on Miller Park Way on Saturday, and the FBI is asking for help identifying the suspect.

The FBI and the West Milwaukee Police Department are seeking the assistance of the public in identifying two individuals responsible for an armed robbery which took place on Saturday at approximately 7:30PM.

Several still shots provide a closer look at the clothing worn by the suspects and the weapon used.  One suspect was described by witnesses as a black male, thin build, wearing a gray Chicago Bulls hooded sweatshirt with “1966” on the sleeves, a red Chicago Cubs ball cap, and was armed with a silver and black semi automatic hand gun.

The other suspect was wearing a black hooded sweatshirt, black pants and white shoes. Information related to this robbery can be reported directly to the FBI Milwaukee Field Office, 414-276-4684.