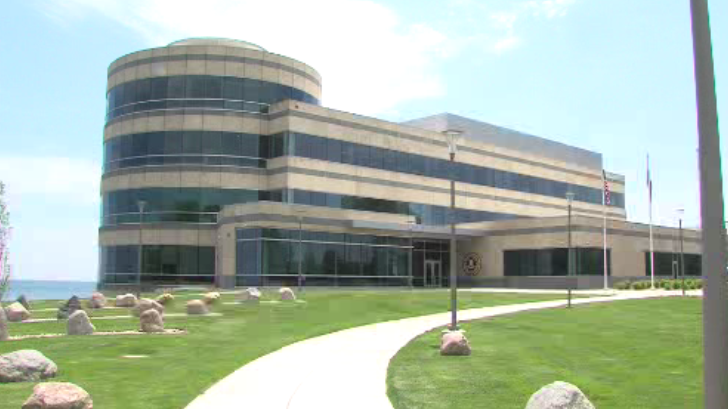 When you skip a meeting with the President of the United States to visit Milwaukee, you must have a pretty good reason.

That was the case Wednesday morning, when FBI Director James Comey stopped by the new FBI Field Office in St. Frances.

"At 11:00 this morning I was supposed to be in the situation room with the President," he joked with the crowd. "And I asked my deputy to go instead because it was so important to be a part of this celebration, and I know the President understands that as well."

He was joined by hundreds who gathered to open the new facility, which sits on a bluff over-looking Lake Michigan in St. Frances.

"Men and women of Milwaukee's Field Division, you deserve this," he told the crowd."

The new facility comes in around 82-thousand-square feet, slightly smaller than their previous space in downtown Milwaukee. But Comey says it's better suited for their needs; with better technology, better safety, and more room to work with local departments.

"This has been a long time coming," he says. "We've been in sub-optimal space for quite some time, and that affects moral."

The building features a private museum featuring tools used by former special agents, and a special tribute to those alumni. The building is named after Special Agent W. Carter Baum, the only special agent to be killed in the line of duty in Wisconsin, during a shootout with gang members in 1934.

Comey took time to acknowledge recent work done by the Milwaukee Division, including a January mission that stopped a terror plot at a Milwaukee Masonic Temple. The department is also helping with the investigation into the shooting death of 9-year-old Za'Layia Jenkins.

Comey says the new facility will only improve those efforts.

"This is about giving you the space, the safety, the technology that you need to be great," he said. "Somehow, you've been great for years and years without it, this will give you what you deserve, what you've long been owed, and will serve as a launching point for even more greatness."