Father of Teen Rescued from Mine Speaks Out 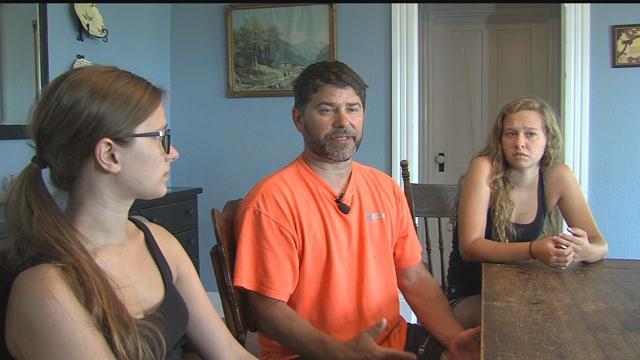 CBS 58—Three teens are back home with their families after being rescued from a Dodge County mine, and one dad says he can’t describe the relief he feels.

“Threw my water bottle up,” said Steve Lein through tears. “It was good.”

Rescue crews spent hours searching the area in and near the Neda Mine in Iron Ridge. The three boys were found safe just before 1 pm Monday.

“He [Sam] was shaky relieved to see everybody and everybody that was looking for him and actually praying for him,” Steve said.

Steve says the boys found an opening in the mine, slide inside but couldn’t get back out.  At first they used their phones as lights- but when the batteries died, the teens hunkered down in a cave for the night.

“He said they cut a different guys jacket apart and they used it together and huddled together to stay warm and used it as a blanket,” Lein said.

"They heard a little faint cry and they all together went 1, 2, 3 and they screamed,” Lein said.

And though all three are relieved to be home, Steve described his son as broken, well aware he had done something wrong going in to the mine.

“I thought at first I was gonna put the punishment down on him but after so long, I said I think  the time he spent in there, he found out what was what,” Steve said. “Tut I’m sure we’ll talk.”

Steve says during this whole process, search and rescue crews took incredible care of his family and he is so grateful for all the time and effort they put in searching for those boys.