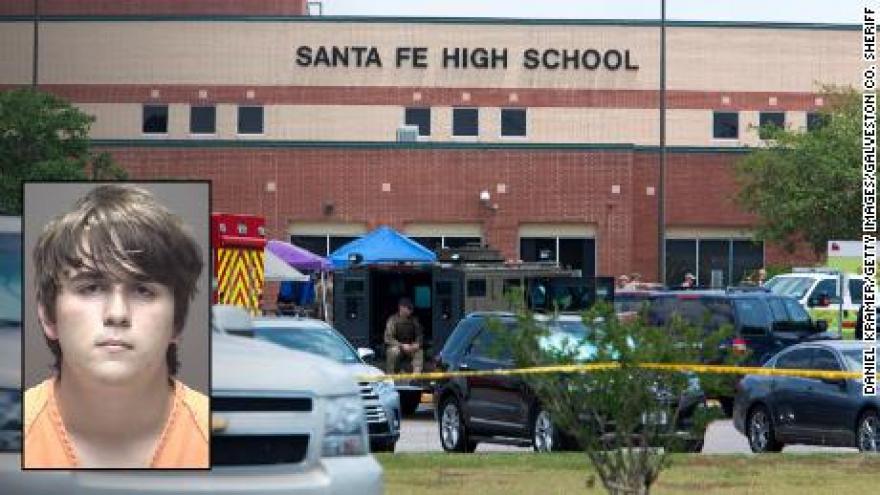 SANTA FE, Texas (CBSNews) -- The father of the Texas school shooting suspect is shedding new light on his son's state of mind prior to the attack. Eight students and two teachers were killed at Santa Fe High School last Friday.

Megan McGuire is a junior at Santa Fe High and was at school on the day of the shooting. She's also part of the "March for Our Lives" movement, the gun reform group that gained momentum after the deadly school shooting in Parkland, Florida.

"We're grieving differently. Mainly, we just want to be left alone -- is what the community wants," McGuire said.

She added, "We've been a small town and associating ourselves with these huge movements and reforms and everything -- we would no longer be that small town. We're just trying to get back to normalcy."

At the capital, Texas Republican Gov. Greg Abbott is open to talking about change.

"The question is, what are we, the leaders of Texas, going to do to prevent this from happening again?" Abbott asked.

Abbott held the first of a series of roundtables on safety and security at Texas public schools.

Lawmakers, teachers, students, survivors of other mass shootings and both sides of the gun debate were asked to participate.

"Whether you are a Republican or a Democrat, whether you are pro-gun or believe in more gun regulations, the reality is that we all want guns out of the hands of those who would try to murder our children," Abbott said.

We're also learning more about the suspected shooter in the days leading up to massacre.

His father, Antonios Pagourtzis, talked to Greece's Antenna TV and said on the day of the shooting, his son told him, "I love you, Dad. I'm off. I love you, and I'll see you this afternoon."

"I've lost my boy and the only thing I can try for is that they don't execute the kid," he said. "My son, to me, is not a criminal, he's a victim."