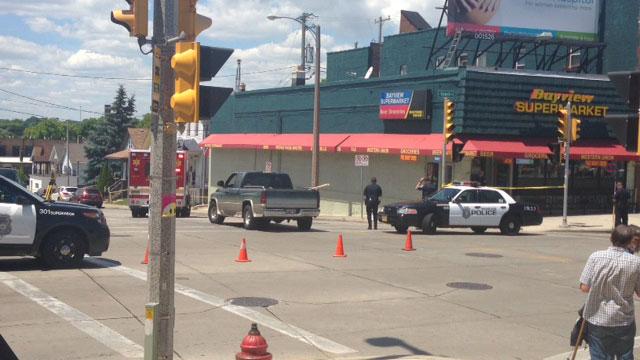 Milwaukee Police are investigating a fatal traffic crash that happened around 11:35 a.m. on June 29 at the intersection of S. Howell Avenue and E. Lincoln Avenue.

An 83-year-old woman from Milwaukee was crossing the street when she was struck by a Dodge Ram truck.

The driver of the truck, a 59-year-old Milwaukee man, remained on the scene.

Police say the woman was hit by a dodge pickup truck.

Police say the 59 year old person driving the truck stayed on scene and cooperated with police.

Friends of the victim said the woman was walking back to the apartment building she lived in it's less than a block from where she was hit.

The woman's friends also said the intersection is dangerous for people who walk and said the walk light changes too quickly.

The victim’s friends are calling on Alderman Tony Zielinski and the city to make changes.

"Something has to be done. Tony has to be doing something with this intersection here," said a friend of the victim.

Friends say the woman killed today does not have any family in the United States and came to America from Germany several decades ago.

They call her a good-hearted woman who liked animals and nature.