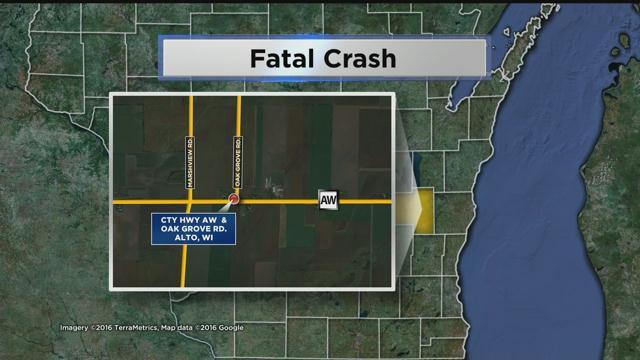 One person is dead after a crash in Fond du Lac County.

It happened just before 6 Monday night near Oak Grove Road in the town of Alto.

Police say a 57-year-old Waupun man crossed the center line and hit another car head on.

Flight for Life rushed him to a hospital.

We're told he has serious injuries.

There were three people in the car he hit, including a a 23-year-old man who died at the scene.

Police say that man was not wearing a seat belt.

The other two in the car, a 52-year-old woman and a 17-year-old, have serious injuries.

Investigators say alcohol was not a factor.