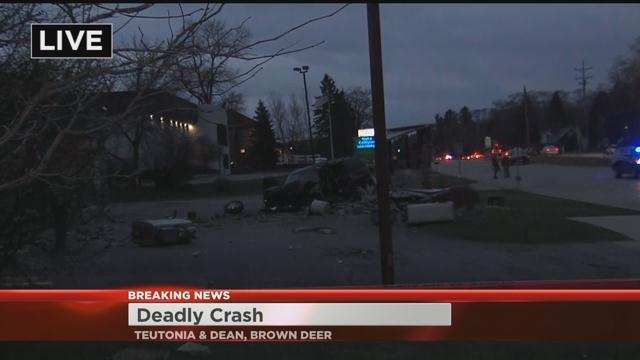 It happened near the intersection of Teutonia and Dean.

A witness told CBS 58’s Sachelle Saunders a woman jumped out of the car screaming and crying.

" She was pretty hysterical," said Pat Moore. "Someone was in the car still."

According to the witness, the woman said her baby was sick and they were trying to get to the hospital.

The driver hit the curb and ran into the sign, according to the witness.

The devastation was clear. The SUV decimated with bits of concrete everywhere.

At one point the car looked like it was about to catch fire.

The Milwaukee County Medical Examiner was on the scene for one fatality.

No details about the victim are being made public.