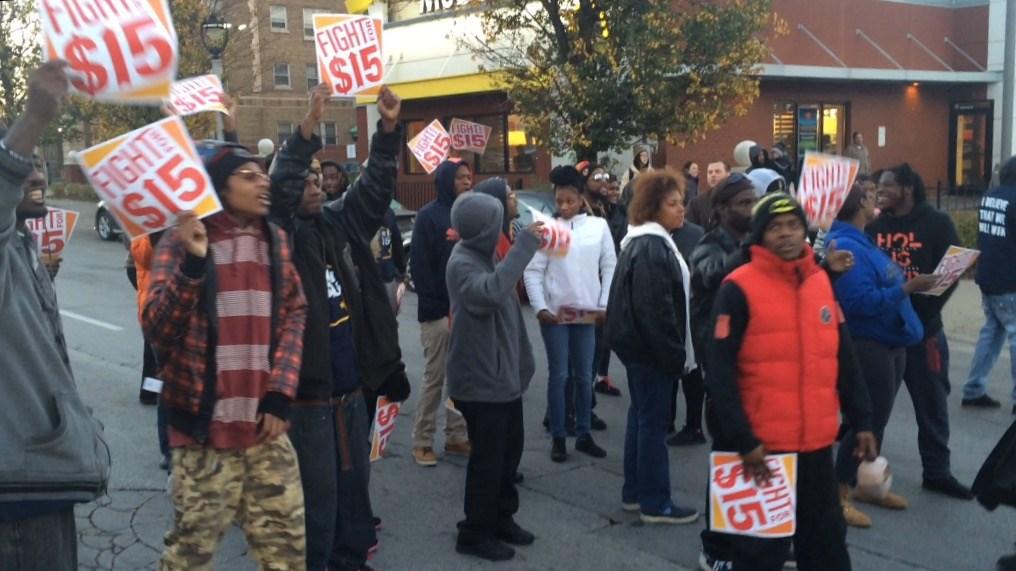 Thousands of protesters across the country including Milwaukee are voicing their frustrations. Low income workers are demanding higher wages and better benefits. It’s part of the ‘Fight for 15’ protest happening in 270 cities across the country.

Payton Smith, a single mother of two, protested at the McDonald’s near 25th and Wisconsin in Milwaukee early Tuesday morning.

A group of about 50 protesters, most fast food workers, gathered, asking the minimum wage to be increased to $15 and hour.

"I actually have a second job that I had to pick up,” Smith explained.

“For me to have two kids, one in school and one in diapers, you know, trying to juggle two jobs and two kids, being a single mother is really tough and we can't make it for $7."

Protesters want both union and government leaders to address higher pay and better benefits. That’s something they feel is being ignored.

They say increasing the minimum wage to $15 an hour would provide better financial comfort, to help pay for the essentials.

Protesters plan to meet again at 5 pm Tuesday at city hall. They will then march to the Milwaukee Theater ahead of the GOP Debate.  They are hoping the candidates will address minimum wage during the prime time event.