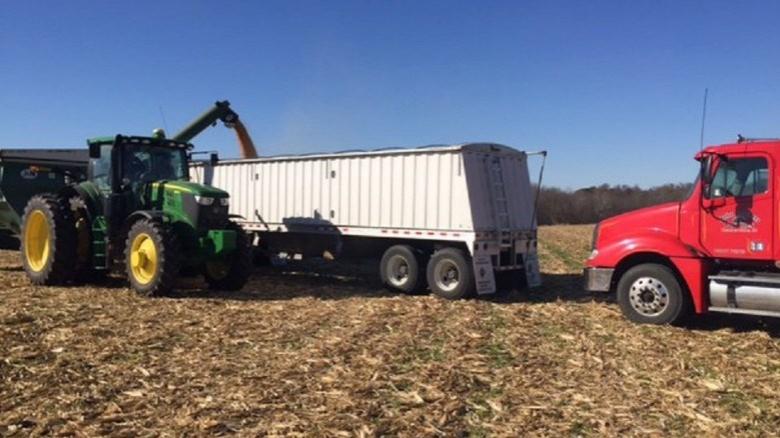 (CNN) --A farming community in Indiana stepped up for a grieving grandfather at a time when he needed it the most.

Steve Wollyung's granddaughter Ayla passed away this month after getting trapped in a grain wagon.

Time stops when a family faces such a tragedy. But Wollyung is a farmer, and the harvest season waits for no one.

In the days following the accident, a family friend called Wollyung's wife to inquire about the work left to be done on their Connersville farm. There was plenty, she said: More than 100 acres needed finishing, but Wollyung was understandably in no shape to do it all himself.

The friend, Tara Henry, had an idea. She enlisted a few local farmers to help finish the job. On November 12, dozens showed up to help the Wollyungs, bringing equipment, goodwill and open hearts. As they worked, other neighbors pitched in with snacks and drinks.

Neighbors complete the harvest of more than 100 acres on Wollyung's farm in seven hours.

"I couldn't believe it when I saw everyone show up to help. All of the support and the number of people wanting to help is just overwhelming," he said. "It was emotional to see everyone. Whatever we needed, they brought."

In a matter of seven hours, the harvest was complete. However, it became clear the group had accomplished much more than just farm work.

"Unfortunately, I wish the help didn't have to come because of this tragedy, but it just shows how much everyone values Steve, and how close this community is."