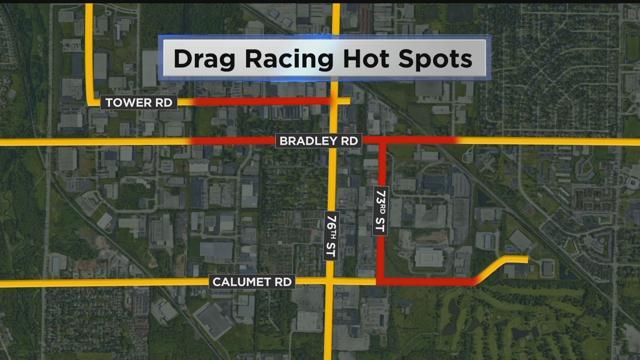 “Unfortunately, this sort of activity has been on the rise lately,” Alderwoman Lewis said. “It seems like every Friday or Saturday night, you can hear these ‘Fast and the Furious’ wannabes out there tearing up our city streets. Not only are they creating a quality of life concern for people who have to put up with their noise, but they’re creating a real safety hazard for anyone who might happen to be out on the street at that time.”

In response to residents’ complaints, Alderwoman Lewis said MPD District Four Captain Andra Williams has launched a policing crackdown on drag racing activity. Working in concert with the Alderwoman’s office, she said they had identified problem stretches of roads, like N. 107th Street, W. Bradley Road and others, and targeted them for extra enforcement. Officers also have implemented a strategy to respond quickly to drag racing complaints from residents.

Residents who witness drag racing should call the Milwaukee Police Department non-emergency number at 933-4444, Alderwoman Lewis said, in order to report the location of the incident and a description of the cars involved.

“This sort of activity isn’t going to be tolerated in Milwaukee,” Alderwoman Lewis said. “Anyone who wants to gamble and go hot-rodding through our neighborhoods should know that we’re going to see you before you see us, and you’re going to face steep fines.”

During the first weekend in which the new strategy was implemented, Alderwoman Lewis said police issued three citations to alleged drag racers.