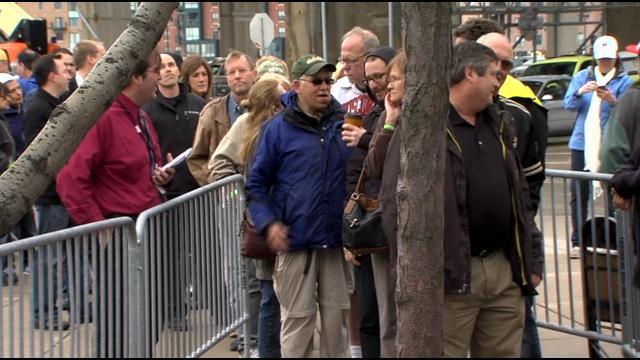 Fans lined the ticket area outside the Summerfest grounds to buy passes for the Rolling Stones concert early this morning. Though tickets don't officially go on sale until 10 a.m., people started showing up around 8:30 a.m.

The band will help open The World's Largest Music Festival a night early on June 23rd, 2015 with an iconic concert performance in the Marcus Amphitheater. Tickets start at $94 and go as high as $420.

So many showed up that they used a lottery system.

Everyone had a a wrist band on. One number was pulled at random. That person was first and everyone lined up by their number after him.

That meant some very very luck and others not so much.

\"I counted there were about 75 people in front of me,\" said Dan Martin of Fond du Lac. \"Then they go to the lottery and I'm bumped back about 200 people so.\"