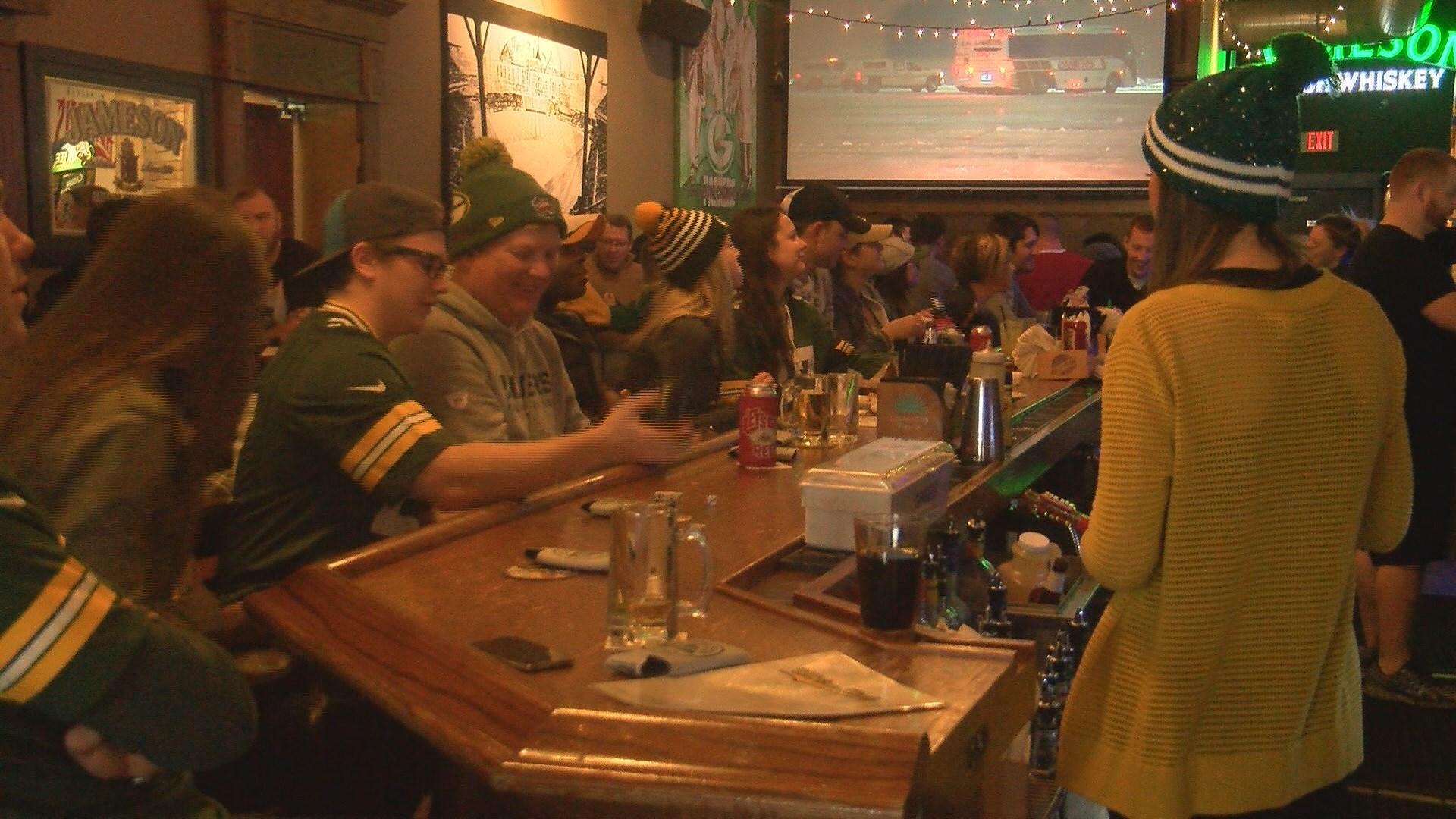 The fact that the game was played on Christmas Eve also gave Packers fans a chance to celebrate a bit differently.

CBS 58 spoke with fans who are calling the win their most favorite gift this season.

“Being Christmas Eve, it’s extra special because we want a Packer win in our stocking,” said Glendale resident Jerry Reick.

A win indeed! The Packers beat the Lions 38 to 25 in a game that had Green Bay fans a bit worried before jumping to a 14 to 3 lead in the first quarter.

“Going to a Packer game is always a real social event. We like going out and partaking with all of our friends,” explains Reick.

It was a win that made this Christmas Eve that more special for Green Bay fans who say they normally would not spend the holiday at a bar, if it weren’t for their team.

“I’m either wrapping presents, hanging out with friends and watching Christmas movies. But with the Packers you have to come support,” says Jessica Dewey.

“It’s pretty interesting because they (The NFL) don’t normally have games on holidays but when they do we want to take advantage,” says Reick.

While businesses were busy preparing for the big game they say they did have their concerns the holiday would play on their turnout.

“We don’t want anyone pulling on the door and finding we were closed. We want to make sure everyone comes in and enjoys the game, even if it is a holiday,” says Michael Pierce, manager of Who’s at Third.

This is the fifth win in a row for Green Bay. If they keep up the winning streak next week they could land their ticket to the playoffs.

“This worked out well. We’re still busy and people are still coming in. It was good. It was a good crowd,” says Pierce.

“It’s really exciting and all I can say is “go Pack”! Let’s go to that division win,” says Reick.