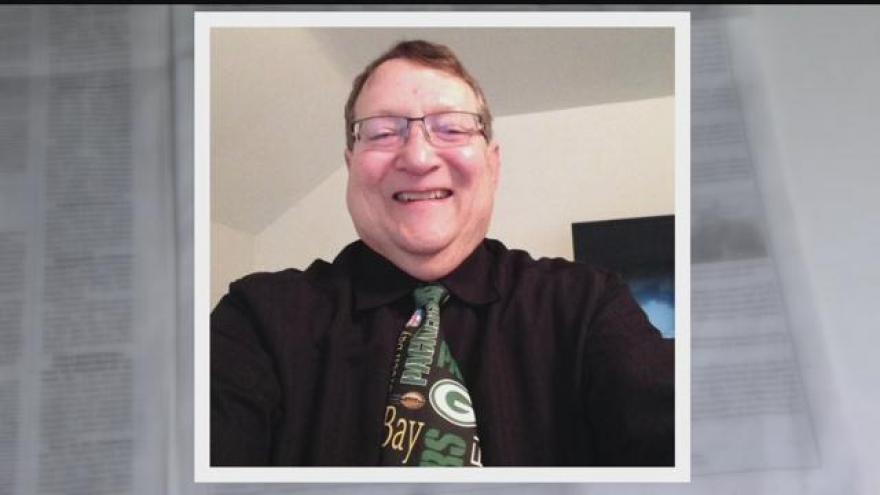 If you paged through the Sunday sports page in the Milwaukee Journal Sentinel this week you may have noticed something a little different between the scores and highlights.

There was a paid obituary - not for a famous athlete - but for a longtime Packer fan. CBS 58's Jacob Kittilstad spoke with that man's sons about their decision to buy the space and make it as much about the Green Bay Packers as it was about their dad.

Bill Snyder of Hartland died one day after his 65th birthday from a heart attack. But the obituary explores his life. Below the fold on page 9b an open letter starts with this: "Dear Packer Nation: We lost a great fan last week. One of the best".

That's how the sons describe Bill Snyder - a Packers shareholder, a training camp regular, and an "evangelist" who preached green and gold.

"We weren't exaggerating when we said when we said he watched the Richard Rodgers hail mary 100 times,"  Jeff Snyder, Bill's son, said.

"Dad would always reference - no matter who else was playing once the packers were eliminated - that 'The Packers would have won that game'. Like, without fail," Jeff said.

Jeff and his older brother Steve Snyder both live out of state but they said they wanted to honor their father in his local paper.

They almost didn't do it. After all, their father was a reserved guy.

"Our dad was like the quiet guy. You know, if you're at a gathering, he's sitting in the back of the room - not because he's disinterested - but because he just likes to be a fly on the wall. And we though that people should know more about our dad," Jeff Snyder said.

"I'm like, you know what, why not just take a chance. Talk about how much of a Wisconsin soul he was. How much this team meant to him. And I've been blown away by the amount of emails who are telling me about their dad. Or saying that maybe my dad's up there with their dad," Steve Snyder said.

The brothers say they are still in shock over their father's death - but they've had happy surprises since the obituary posted.

"My brother, my brother just texted me...i just got a text that both Aaron Rodgers and Brett Favre tweeted about it," Steve said, during a Skype conversation.

"They call themselves cheeseheads, we know them as our inspiration, life force, and our friends. You know them as #PackerFans  #PackerNation," Aaron Rodgers tweeted.

They call themselves cheeseheads, we know them as our inspiration, life force, and our friends. You know them as #PackerFans #PackerNation https://t.co/m2zGYebcKR

"Sending condolences to the Bill Snyder family. I'm honored to have played a role in such a joyful memory of his life. Warmest regards," Brett Favre Tweeted, signing off with his name.

Sending condolences to the Bill Snyder family. I'm honored to have played a role in such a joyful memory of his life. Warmest regards -Brett

"You know, I think it would be the greatest moment of his life," Steve said.

In response to the overwhelming feedback - and to offer a place of healing for others in the same situation - the brothers are starting a website called GreatestPackersFan.com

The brothers say the site is devoted to families who have lost a loved one who is a devoted Packers fan. It's also a way for other Packer fans to offer support.