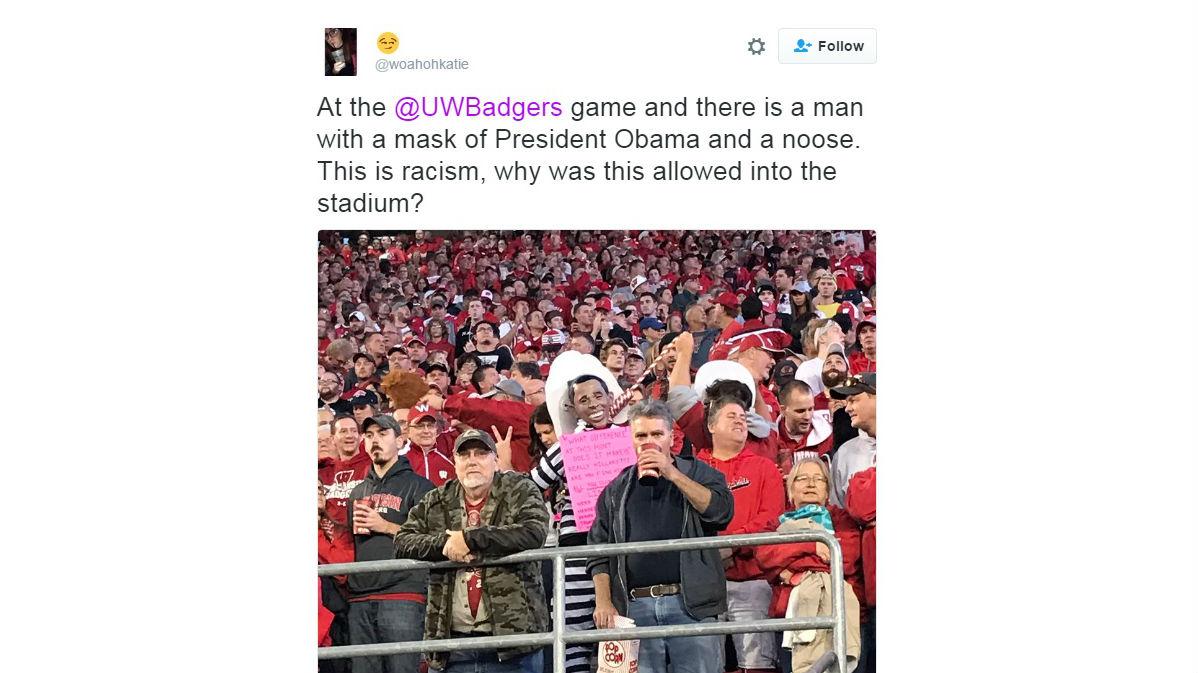 Many Wisconsin fans are upset after someone at the Wisconsin vs Nebraska was spotted wearing a costume of what was believed to be President Obama with a noose around his neck.

The University released a statement after the game explaining the incident.

The statement says that after staff were notified of the costume, UW Athletics' guest services were dispatched to the individual's seating area where they asked him to remove the offensive components of the costume. He complied.

UW Athletics' policy regarding admission into the stadium with a costume stipulates that no one may be wearing a mask upon entering the facility. Once inside, it is permissible to wear a mask. The statement goes on to say:

"The costume, while repugnant AND COUNTER TO THE VALUES OF THE UNIVERSITY AND ATHLETIC DEPARTMENT, was an exercise of the individual's right to free speech. The university also exercised its rights by asking the individual to remove the offensive parts of the costume."

At the @UWBadgers game and there is a man with a mask of President Obama and a noose. This is racism, why was this allowed into the stadium? pic.twitter.com/zKEqhdDYny

69 total people were ejected form Saturday's game, 11 of those were UW students. 25 total citations were issued.