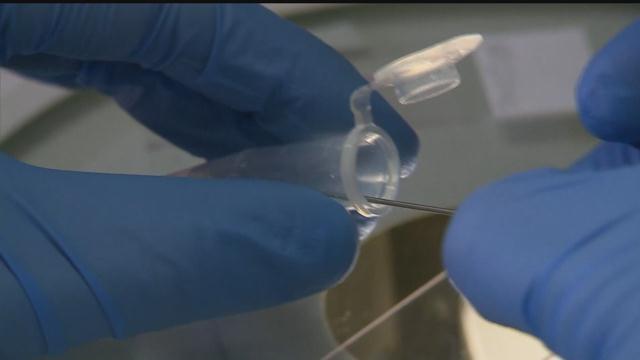 A suspect is charged in a cold case murder that's more than 20 years old. The family spoke to CBS 58 about their journey to answers.

For 20 years, a day of celebration is a reminder of trauma for Laprincia Maclin, "She actually got killed the day of my third birthday."

Ophelia Preston, deaf and mute, never made it to her daughter Laprincia Maclin's party. She was raped, strangled, and thrown in a Milwaukee dumpster. Her daughter went on to be raised by her grandmother Alfredia. Each year the two mourn on a day they should be celebrating.

Maclin says, "I'd be like she's going to walk through that door, the person in the morgue was not her, but it was her, and it was real hard on me, real hard."

Police spent years trying to pin down the killer, until recently, police compared the DNA in her rape case against a database of convicted criminals and a match came up. Melvin Lee Jones, a man already serving time for another rape and murder.

"I was on the phone with her and she was happy, very happy, I was trying to hold my tears but they came flowing out."

Ophelia's mother says Alfredia says, "I've been waiting for this for a long long time."

The two say they can finally put years of anxiety to rest but are also preparing themselves for a final battle-- facing the accused murderer in court.

Maclin says, "I have a lot of questions for him, like why? Why did you do that to a deaf woman, what did you do to her that you wanted to rape, beat her, and throw her in a garbage cart."

While Laprincia's birthdays will never be the same, they call it a bitter sweet victory-- to have answers decades later.