Family says their dog was stolen, then returned high 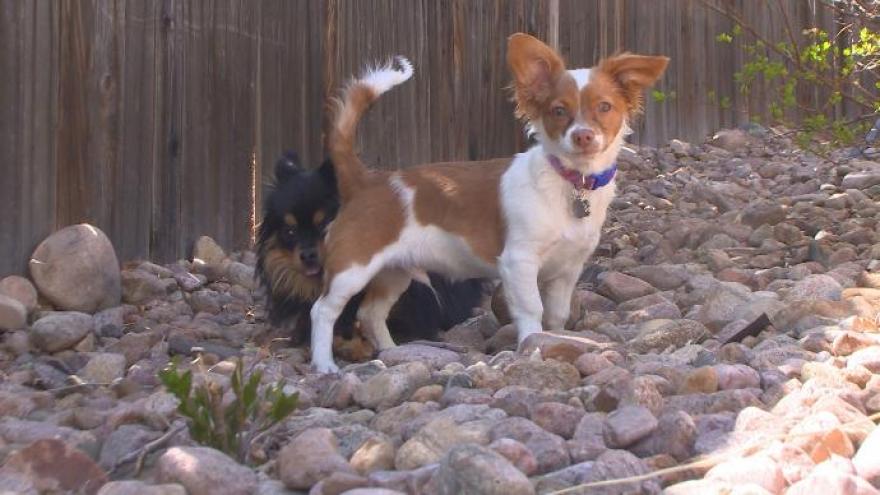 COLORADO SPRINGS, Colo. (KKTV) -- Laure Thompson was watching her daughter's dog, but after leaving the dog outside for a bit and coming back, the dog was gone.

She made a move to get the dog back right away.

"Got on Facebook, posted everywhere we could: Humane Society, Craigslist. Then made posters and plastered them all around the neighborhood," Thompson said.

Oddly enough, the dog was returned to their front porch early in the morning, and for a time the family counted their blessings.

Then the dog, Reese's, started to have seizures.

"His eyes were also rolled in the back of his head and his eyes were wide open," Aidan Palmer, Resse's owner, said.

After a trip to the emergency vet, the pup's owners were told Reese's had been fed a marijuana edible and was experiencing a THC overdose.

While veterinarians said some uses of non-active THC can actually be helpful to a dogs health in small doses, active THC is a different story.

"Usually they suffer from ataxia, which is uncontrolled movement; they are wobbly, pupils are dilated, some animals get really excitable, some fall into a coma, some will have seizures, there's usually vomiting involved. It's not a pleasant experience," explained Monique Brown, practice manager of Pets First Animal Hospital.

Reese's is now acting normally, but his owners are trying to figure out who would have taken him in the first place and how they did it.

In the event it was a joke, they said it wasn't funny, but actually very dangerous and scary.

Their dogs will be left inside from now on if the owners are not out with them.