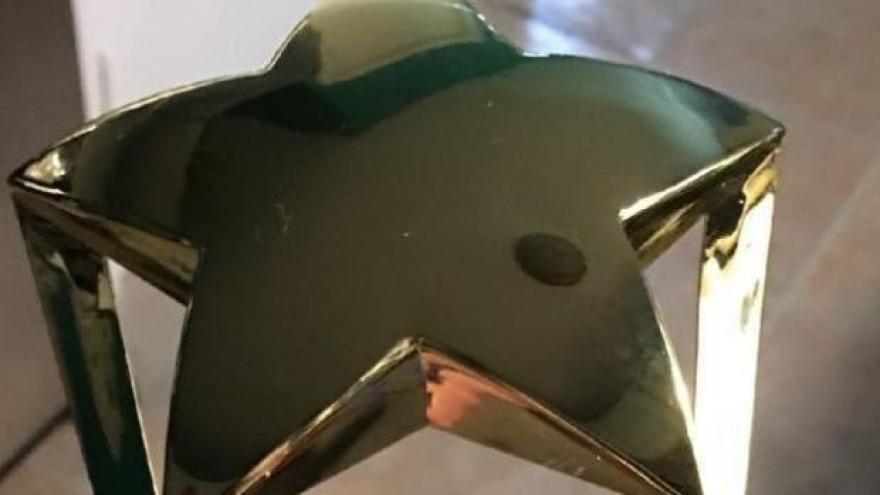 (CBS NEWS) -- An 11-year-old boy with autism was the recipient of the "Most Annoying Male" trophy during an end-of-the-year awards ceremony for Bailly Preparatory Academy in Gary, Indiana. The boy's father was outraged that a special education teacher selected his son for such an award.

"We were blindsided. We just weren't expecting it," Rick Castejon told local newspaper The Times of Northwest Indiana. "As a principal or teacher, you should never let this happen to any student."

The awards ceremony took place on May 23 at a local Golden Corral restaurant. Castejon said fellow parents fell silent when the award was called out and his son was named "Most Annoying Male." He didn't want to create a scene, so he tried to quietly leave the award behind on a table. Castejon said at the end of the luncheon, his son's teacher reminded him not to forget the trophy.

The teacher tried to play the incident off as a joke, the father said. Later that night, when he told his wife about what happened, it really sank in, he said.

Castejon said his son's teachers routinely called their home with concerns about how to handle the boy's behavior. The father began to wonder if the phone calls contributed to his son being chosen for the dubious award.

Castejon said his son's special-needs teachers should really know how to handle his son's behavior. As a child with autism, the fifth-grader often rocks back and forth or becomes emotional. He is also non-verbal, Castejon said.

The dad met with the school district's emergency manager, Peter Morikis, after the incident.

CBS News has reached out to the school's principal, Castejon, and Morikis for comment and is awaiting a response.

In a statement to The Times of Northwest Indiana, Morikis said the following: "The Gary Community School Corporation does not condone this type of behavior and will continue to put the safety and well-being of our students first. We extend our deepest apologies to the impacted student, the family and anyone else who take offense to this unfortunate occurrence."

Morikis told the paper disciplinary action was taken against the personnel involved, though he did not say if the teacher had been terminated. According to Castejon, he mentioned putting the teacher on a two-week suspension or possibly firing the teacher.

Castejon said he was satisfied with Morikis' response, and that the teacher was not present at the fifth-grade graduation on May 27.

The father said the family was already planning on moving to a nearby town and their son was not going to attend the Gary school district next year.