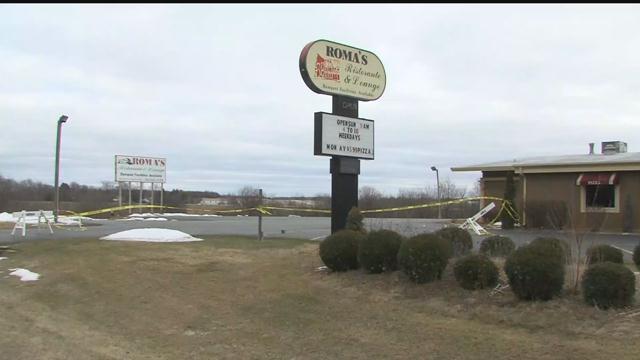 Those closest to Christopher Davis say what happened just doesn't make sense. Even though Sheriff deputies say they were doing a drug investigation, they say drugs aren't what Davis was about.

"He would never be involved with drugs or none of that. Had he known all the facts going in to it, he would have probably never went," said Eriana Nieves-Rivera, the cousin of Davis' fiancee.

Davis' friends are wondering what happened.

"He's definitely not the type to be involved in a situation that you need to have guns drawn and shooting at him," said Dean Pietrangelo.

A Walworth County Sheriff's Deputy has been placed on administrative leave following the fatal shooting of a Milwaukee man on Wednesday.

"Chris was an amazing person, friend, fiancee and family member. He had the most amazing heart than anyone I ever knew and I just want people to know that he was a good and genuine person."

Walworth County Sheriff Kurt Picknell said during a press conference on Thursday that a group of men failed to follow commands during a drug investigation the night before in the Village of East Troy.

Information is coming out slowly about what happened. It took more than 15 hours for authorities to confirm that a man had died as a result of the officer involved shooting.

21-year-old Christopher Davis of Milwaukee died as a result of the injuries caused by gunfire, according to a press release.

Broken plastic marks the spot where a connected high speed chase ended in Muskego. Homeowner Pam Evans said - in that moment - her family saw the flashing lights and a suspect.

"My son saw him run across," Evans said.

"It's kind of hard to not be worried all that time, you know, because we have a lot of doors around this house and I didn't know if they were all locked," Evans said.

"We have a lower level door and he might have tried to get in but he went by the outbuildings in the back," Evans said.

Two men would be arrested in the manhunt. Another would stay near the vehicle, witnesses said.

That was 21-year-old Christopher Davis who would later die as a result of his injuries - received in the parking lot of Roma's Ristorante and Lounge in East Troy.

"One of the persons in the suspect vehicle was struck by gunfire when the driver failed to follow commands from law enforcement officers at the scene," Sheriff Picknell said.

Davis would die in a Milwaukee hospital just after 8 pm, Sheriff Picknell said.

The involved deputy has not been identified. He's been with the department since 2012, Sheriff Picknell said.

When questioned about specific actions of the suspects leading up to the shooting authorities declined to comment.

The other two suspects arrested have not been named. They are currently being held at the Waukesha County Jail pending charges.