Family of Tamecca Perry Opens Up About Accused Killer's Arrest 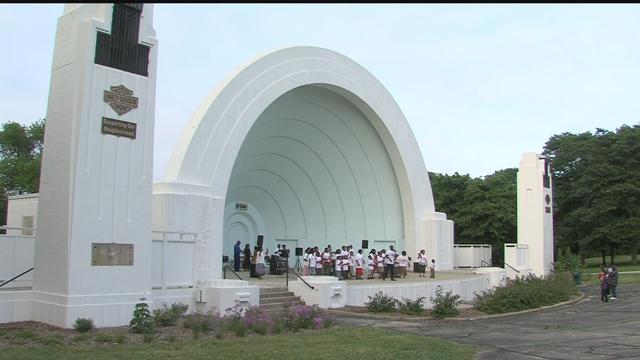 Peace through prayer. A local church held a prayer vigil, Thursday, with the goal of promoting peace and stopping the violence. The church, House of Prayer, which organized the event is the same one that soon-to-be mother Tamecca Perry attended before she was killed in Milwaukee back on March sixth. Two of Perry's aunts were here at the event in Washington Park. They were speaking for her mother who is still too upset after losing two of her children. Elaine Freeman, one of Tamecca's aunts, spoke of the relief she felt when she found out Shanika Minor was arrested in North Carolina.

"I pulled my car and just started crying and praying because it won't bring Tamecca back, it won't bring her and her baby back, but it's a relief to know that justice will be served," Freeman said.

The t-shirts that many of the people at Thursday's prayer event are wearing say, "No God, No Peace." They mean that if you know God, you'll know peace.

"There's been a lot of senseless killings and, it's just so sad that people don't care about each other no more," Freeman added.

Shanika Minor had been on the FBI's Ten Most Wanted list. Her arrest came after someone spotted someone on that list in Fayetteville, North Carolina, and it was later determined to be her. It isn't known when Minor will be brought back to Wisconsin.