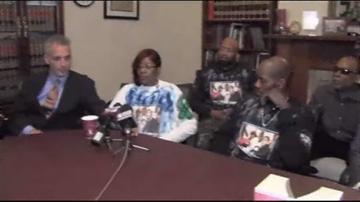 MILWAUKEE-One week to the day that 31 year Dontre Hamilton was fatally shot during a scuffle with a police officer in Red Arrow Park the family announced that it has retained legal counsel.

At issue for the family is the number of shots. By some accounts anywhere from 6 to 10.

The attorneys now representing the family include Ian Wallach, a trial lawyer from the firm Feldman and Wallach in California, and Jonathan S. Safran, the local attorney who was part of the team that won a settlement from the city over the beating of Frank Jude, Jr. at an off duty police officer party in Bayview.