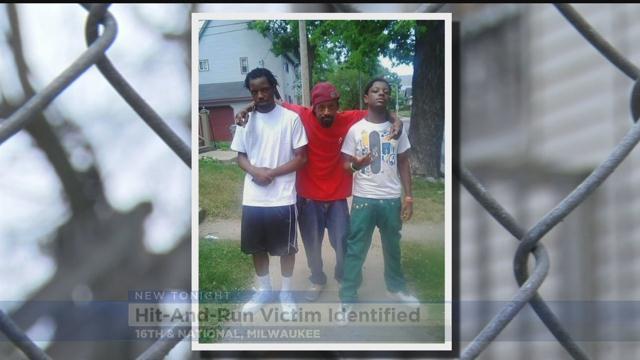 Four children are without their father after he was hit and killed by a car. Now, the family is pleading for the driver to turn themselves in.

The victim has been identified as 35-year-old Ansari King.

He was crossing the street at 16th and National Monday night when he was hit by a white truck. Milwaukee Police said the driver sped up to beat the traffic light.

Family and friends describe the victim as a hard-working man, who loved his children. They're holding on to the good times to get through this life-changing tragedy.

"I cry and laugh at the same time," said Archael King, victim's son. "I cry because he's gone, but I laugh because it feels like he's still here. I can feel him."

"He was always that funny type. He always kept his head up through anything," said friend Cameron Bellinger. "He never showed us he was upset or anything. He always had that good spirit."

Police have released surveillance pictures of the truck, which is described as a "newer model" white pickup with a black rack. They do not believe it was stolen.

The family has started a Go Fund Me account to help with funeral expenses.